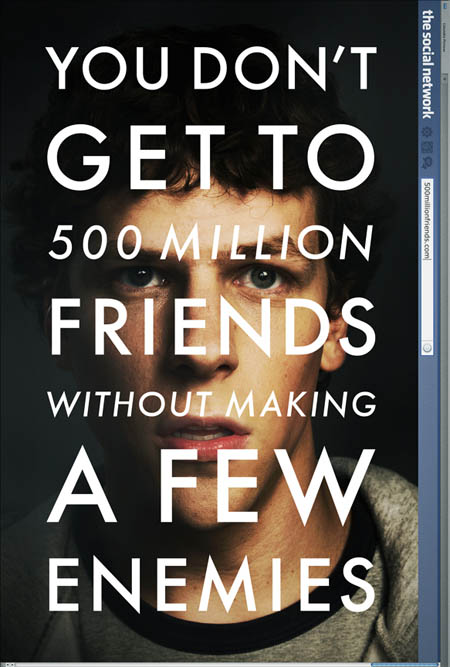 The movie about the making of Facebook, called “The Social Network,” has a Beatles song in it.

Somewhere in heaven, Neal Aspinall is rolling in his grave.

The Beatles’ nominal manager never allowed the group’s songs to go onto movie soundtracks. He thought it diluted the brand.

But this year, “The Fool on the Hill” opened “Dinner for Schmucks.” And “Norwegian Wood” is being used for the movie of the same name.

Now, Aaron Sorkin’s well executed story of how two friends went into business during college, created a phenomenon, and were split apart by a Rasputin, ends with a Beatles record.

I told you in August that Paramount/Dreamworks paid $1.5 million for “Fool on the Hill.” Columbia Pictures may have gotten some kind of deal because they and Sony Music–which publishes Lennon-McCartney song catalog–are corporate cousins.

As for “The Social Network”: it opens the New York Film Festival on September 24th. I’ll tell you more next week, but I will say that Jesse Eisenberg and Andrew Garfield have upped their games considerably as Facebook founders Mark Zuckerberg and Eduardo Saverin. And Justin Timberlake is the most delicious on screen diva villain since Joan Collins in “Dynasty.”