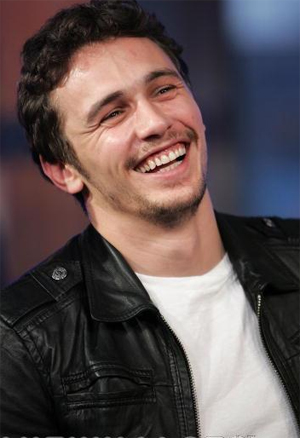 James Franco is the entertainer of the year.

Let’s see: he’s heading to the Toronto Film Festival where he stars in Danny Boyle‘s “127 Hours.” There’s Oscar talk, of course. Then he’s off to Yale to start work on his post-graduate writing program. He’s got a book coming out this fall. During the summer, he curated a weird art show in New York. And filmed a prequel to “Planet of the Apes.”

Today, Oscilloscope announced that it’s picked up the documentary Franco showcased last spring at South by Southwest about  “Saturday Night Live.”  Oscilloscope is Adam Yauch‘s great little film company that currently has “A Film Unfinished” in theaters. In a couple of weeks they’re released “Howl” with Franco playing Alan Ginsberg. Of the doc, Franco says: “It’s pretty cool. I shot it last spring.”

Between “Howl” and “127 Hours” and several short films, and now this, Franco’s going to get some kind of award this winter. They may have to make one up for him.

Oh right: I forgot about his long, inexplicable stint on “General Hospital.” And the trenchant New York magazine piece that ran on him this summer. James Franco is living the movie “Phenomenon.”

I asked him today what else is coming? An opera? Has he learned to make haggis? Will he start an international think tank?

His emailed answer: “All those things are coming.”

Look out. He means it.