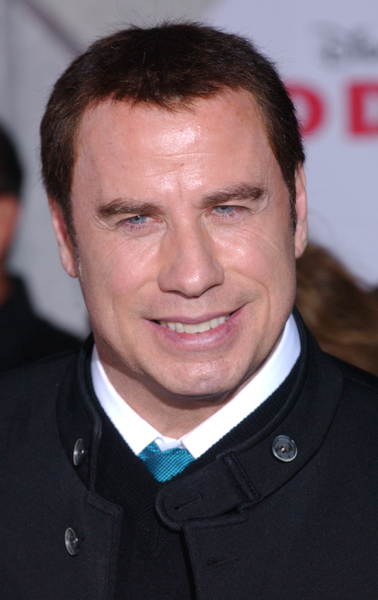 John Travolta has dropped the extortion case in the Bahamas against two people he claimed were shaking him down for money for info about his late son Jett.

The original case ended essentially in a mistrial. Travolta would have had to return to the Bahamas and testify again about the two men who wanted $25 million from him. Otherwise, Travolta claimed, they were going to expose details and photographs about the last minutes of Jett’s life.

Now Travolta says he can’t put himself and his family (Kelly, little Ella Blue) through all of that again. So the men go free. End of story.

Meantime, the National Enquirer has Travolta on the front page with some wild claims and a terrible, terrible photograph. Coincidentally, the three main stories on this week’s Enquirer cover are all about famous Scientologists. The other two are Kirstie Alley, who had a reality show on A&E earlier this year; and Lisa Marie Presley.

But Travolta remains front and center this week, especially since it’s a surprise he decided not to go through and conclude the case for Jett. But perhaps he was afraid of what would come out this time. Last time around, Travolta was forced to admit — after 16 years of public denials–that Jett was autistic. It was revealed in a police report that Travolta fessed up to the Bahamian police about Jett’s true condition. For Jett’s whole life, the Travoltas maintained publicly that Jett suffered from something called Kawasaki Syndrome. It wasn’t true.

At the time of Jett’s death it was also revealed that his “manny” was a Tampa based wedding photographer named Jeff Kathrein. Six months earlier, Kathrein, a Scientologist, had taken a course called “NED Drug Rundown,” according the watchdog website www.truthaboutscientology.com. Kathrein’s wedding photos are good (www.kandkweddings.com) but it’s unclear what experience he had to be the caretaker of an autistic teenager who suffered from severe seizures. Kathrein did get a big break a couple of years ago when a photo portrait by him–of Kelly Preston–appeared in TV Guide.