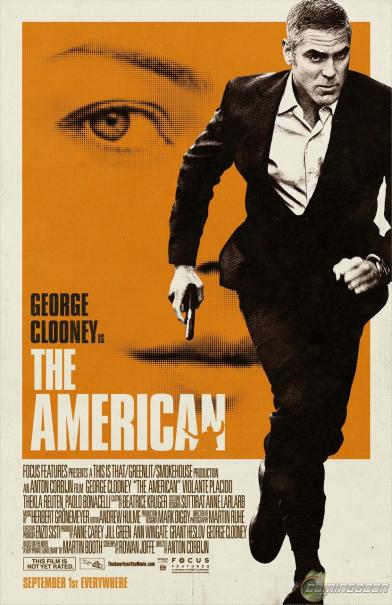 George Clooney’s “The American” looks like it’s in good shape to take the weekend box office.

“The American” opened Wednesday and already has $3.1 million in the till. It could come out of the holiday weekend with $20 million or more.

As I wrote a couple of days ago, “The American” has been a strange deal. No publicity and little marketing. Just ads. And hope. Clooney got a big boost at the Emmy Awards on Sunday night when he received a humanitarian award. His speech was superb, and if he wasn’t running for office, then it was for box office king.

Anton Corbijn has made a stunning, compelling little film. Clooney is excellent as a hit man from the old Clint Eastwood days, a loner who says little as he survives various attempts on his life.  A beautiful naked Italian girl is really all you need besides the hero, and Corbijn delivers. I think “The American” will have a reputation that builds over time. And it’s nice to see an intelligent film in which not everything needs to be explained and laid out.