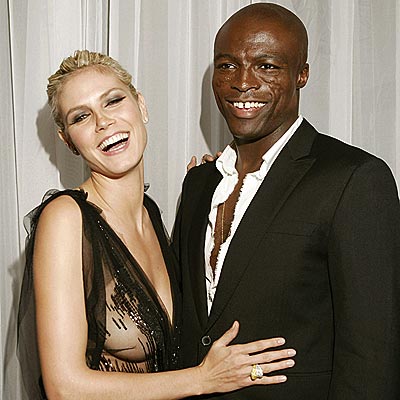 Seal— such a good singer songwriter, has a new album coming out on September 28th. It’s called “Commitment.”

Did you know about it? Of course not. It’s from Warner Music Group.

The first single is called “Secret.” It was released to YouTube and other outlets three days ago. Surprise!

I ran into Seal at the Governor’s Ball for the Emmy Awards with his delicious wife, Heidi Klum. They were celebrating losing the Emmy for “Project Runway” to “Top Chef.” Oh well. It’s better to look good than to feel good.

Seal told me he decided to stick with WMG for this album and one more, despite their shall we say indifferent attitude to promoting their CDs or selling them. Also, “Commitment” is an album of all new songs, not remakes, covers, or greatest hits. It does seem that in the modern era of music, getting out new songs is a challenge. The public, record companies and radio feel, only want to hear what they already know.

But “Secret” is a beautiful single. It has “hit” written all over it. If only Snooki were in the video. Can’t wait to hear more from the album.

And yes, PS, Heidi Klum is still magnificent. They are a lovely couple. Too bad for the tabs!