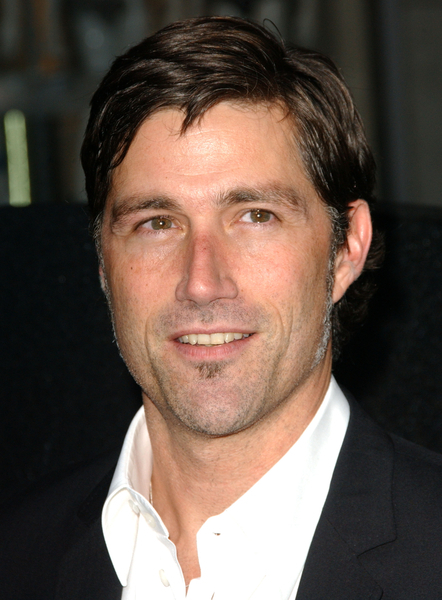 So: Matthew Fox tells me he’s definitely headed to London’s West End. He’ll star on stage beginning next March in a new play by Neil LaBute.

“It’s a two hander,” Fox said, “And we’re hopeful that Ashley Judd will play my sister.”

The play is about a brother and sister, their attraction to each, and some of psycho-familial stuff that LaBute knows how to turn into headline making drama.

This is a great idea for Fox, who just spent the last six grueling years starring on “Lost.”

And what did happen on “Lost”? Fox explains it thusly: “Jack died at the end of the show. But the whole ‘flash-sideways’ was everything else that had happened up until that moment, in another time.”

Okay. I am going to watch season six all over again now that the DVDs are coming out. That’s all I can do.

Meanwhile, Matthew was very happy to meet up with Seth Meyers from “Saturday Night Live” at Jimmy Fallon’s after party last night following the Emmys.

Fox said once the LaBute play is done, he’ll start thinking about new movies. He’s going to enjoy this time to prepare for the role. “I’ve never had so much time to get ready for something,” he said.

And does he miss “Lost”? “Not at all,” he said, shaking his head, and smiling.

Also enjoying themselves at Jimmy Fallon’s party were January Jones of “Mad Men” and “SNL” boyfriend Jason Sudeikis. Janaury’s dress looked like a starched blue Dorito and it even felt like one too. But she was having a good time.

Earlier in the evening, I met the little girl who plays January’s daughter on “Mad Men”–Kiernan Shipka–and her mom. Last week, Sally was slapped pretty hard by mom Betty Draper–January Jones. I asked her if it was real. “The first few times was practice,” Kiernan said, showing me how she turned her head to avert the slap. “But the last time, she really got me!”