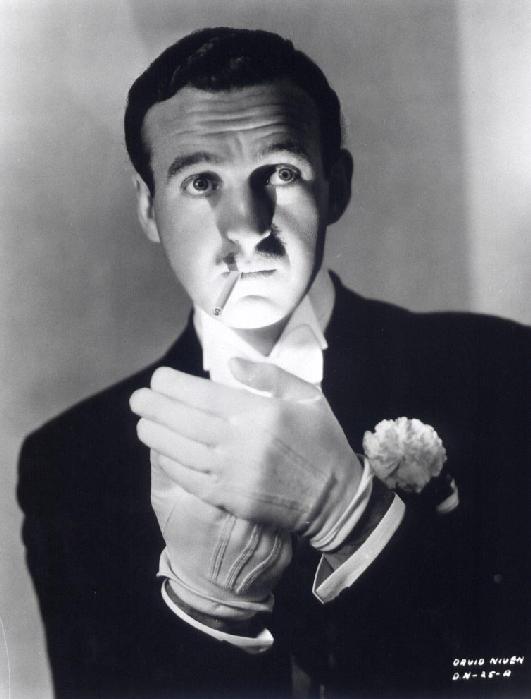 The Emmys are here, but real Hollywood is still in session.

By this I mean that yesterday the great Jackie Collins held court at Cecconi’s on Melrose, with lunch guests like super producer Arnold Kopelson and Hollywood legacy member David Niven, Jr.

Jackie told me she’s on her way to London, where her latest film, “Paris Connections.” debuts next week. The film has an international cast led by Charles Dance, but Jackie tells me none other than Trudie Styler steals the show as Olive.

“Wait til you see her,” Jackie raved. “You’re going to love her!”

After lunch I got a chance to sit down and talk with David Niven, Jr., a former agent and producer whose father, of course, was one of Hollywood’s great great stars. David Niven–who died too soon at age 73 of ALS–was an Oscar winner, an international star, and apparently quite the ladies’ man. After his first wife–mother of David and Sothebys chief Jamie Niven–died at age 28 in a freak accident, Niven remarried. But he had countless affairs with women like Princess Margaret and Grace Kelly.

And you think today’s tabloid stars are gossip fodder! During his second marriage, David Niven got an 18 year old Swedish girl pregnant, then made his wife adopt the baby with him. They adopted another daughter as well. However, David Jr. tells me: “We never thought of our sisters as adopted. We love them as family.”

PS David and Jamie’s stepmother had a fling with John F. Kennedy six months before he was assassinated. A scurrilous British biography of David Niven that came out in 2009 claimed that he gave her an STD!

David Jr. dated Natalie Wood after her original divorce from Robert Wagner, but we didn’t go that route at lunch. But what a class act and a lovely guy, also a font of Hollywood info. Seeing him with Jackie Collins made me wonder if perhaps she hadn’t gotten some of her juiciest stories from her pal over the years. Hmmm….We can only wonder!