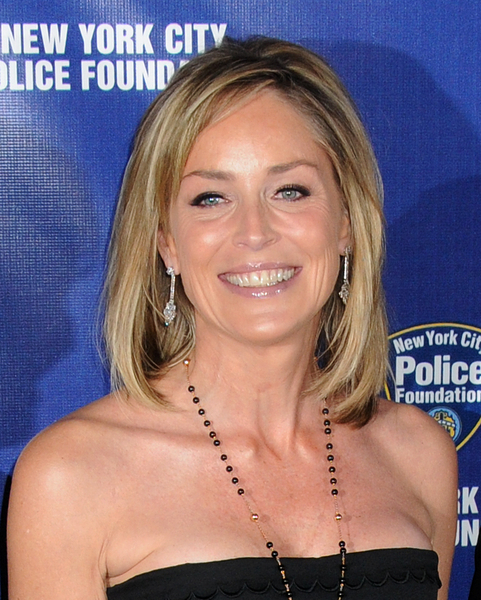 Why the Emmy Awards and TV in general are so different from the movies and Oscars: I mean, who are these people? TV actors are a breed apart. You recognize their faces and you might know their characters’ names, but whoever they are, you are probably not going to see them again.

That’s why running into Sharon Stone at an Entertainment Weekly party at the Sunset Marquis last night was a thrill: amidst a cadre of familiar but unplaceables, there was Sharon, who’d come as the guest of EW’s intrepid editor, Jess Cagle. You know a movie star when you see one. Sharon is a movie star. And even though she did four episodes of “Law & Order: SVU” this past season, she’s heading back to movies, she told me. Meetings are going on, scripts are being read.

Meantime, the EW party had its moments, including running into two “Mad Men”–Rich Sommer, who plays Harry; and Michael Gladis, who was Paul for the first three seasons–and who knows?–may yet show up again.

Sommer told me that even though Harry used the Yiddish word for thief–gonnif–a couple of episodes ago, I shouldn’t worry that he’s going to turn out to be Jewish. (Sterling Cooper is not a Jewish ad agency by any means.)

“No, he’d just been in Hollywood for a while and had picked up some words he thought were cool.” Sommer, who’s as friendly a fellow as Harry appears to be on screen, is expecting a baby in the next week. Mazel tov! Really!

I was happy to run into Anne Heche, an old friend, who’s doing great on the HBO series, “Hung.” She introduced me to her husband, James Tupper, now on “Grey’s Anatomy.” They are happy as clams. Anne’s had a tumultuous life, but I’m going to tell you something: one day she will an Oscar. She is a great actress. There’s an Anne Heche surprise out there. just wait.

Some of the actors at the EW party had drifted over from the television academy’s annual presentation of certificates to nominees, held at Wolfgang Puck’s Spectra restaurant in the Pacific Design Center. This is where Duncan Hines set up shop and served a variety of cupcakes now causing trouble for those of who have to put on tuxedos tomorrow.

Among the nominees who appeared: Glenn Close, the immortal Mary Kay Place, Fred Willard, Catherine O’Hara, the whole cast of “Modern Family,” someone from “24,” and Julia Ormond.

Fred Willard, the funniest man in the world, took it in stride that his name was spelled wrong on the certificate. How hard is it to spell Willard, really? Too hard for the TV Academy. His wife, Mary, got a rueful laugh out of it.

“Well, you’re not gay and you don’t sing,” someone said.

And yes, with Fred and Mary Kay–who also lost last week–the whole thing did seem like an episode of “Mary Hartman, Mary Hartman.” The man who passed out the awards from the dais introduced each actor with an anecdote about himself. It was unintentionally hilarious unless he was mimicking Martin Mull as Barth Gimble from the aforementioned show.