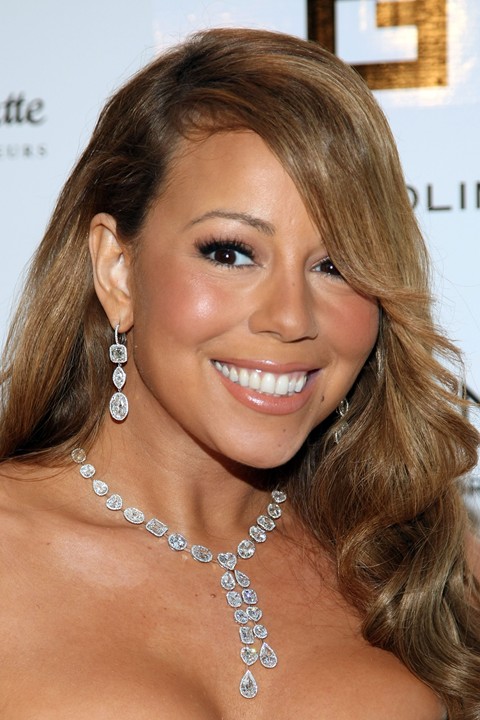 Let’s think about this: you don’t make a huge, long trip from Los Angeles to Rio de Janiero and then do grueling concerts if you’re in the middle of a tricky pregnancy. So enough already with Mariah Carey-is-preggers-rumors. Poor Mariah. It was cold in Brazil. She wore a t shirt over her dress. She wore a sweater. But really, photos from her Rio shows only indicate that she’s got a flat tummy.

Mariah has been trying to get pregnant. She doesn’t need any stress from the tabloid press, believe me.

On the other hand, Mariah has been working hard in the studio with producer Randy Jackson. She’s even brought in an unusual collaborator: Broadway’s Marc Shaiman, who wrote “Hairspray” and dozens of hits. Shaiman is also a five time Oscar nominee. This is really interesting since Shaiman could be fashioning some colossal material for Mariah. Whoever came up with that idea was really thinking outside the box. Shaiman most recently worked with Bette Midler on a great song about late producer Arif Mardin called “The Greatest Ears in Town.” I wish more people could hear it. The album, and please do download/buy it, is called “All My Friends Are Here.”

Mariah told me in an email last week that Shaiman was her favorite collaborator since her days with Walter Afanasieff. “He’s so talented and can hear the chords in my head.”

If she is pregnant, Mariah is not saying. So let’s leave her alone until she’s ready. And hope her album is the breakthrough she’s aiming for.