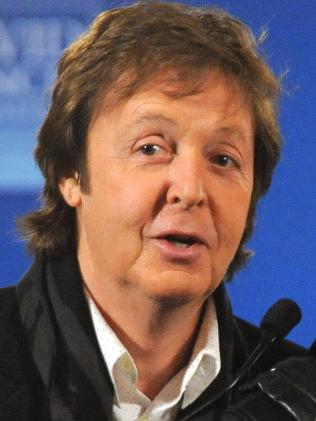 While most New Yorkers spend the last few days of summer wondering what we did to anger the weather gods, the A list plays on.

It does turn out that Hamptons celebrities like pricey Chinese food–that’s the kind where you don’t have to say, Hold the MSG. (To rock stars, MSG means Madison Square Garden anyway).

As with its city counterpart, Phillippe Chow in East Hampton is a hit. Paul McCartney was there the other night, and so was NFL star Marcus Allen. (No one asked him about Nicole Simpson, I’m sure.) Lou Reed was also there, and brought a little dog to dine al fresco.

Meanwhile, in New York, singer Rihanna showed up at the Phillippe Chow on the upper East Side.

More Asian dining: no less than Prince Albert of Monaco, his fiancee Charlene Wittstock, and 12 friends went to Madame Tong’s Redeux in Southampton.

It’s so funny. I never see these people. I had dinner out there last week with my parents and my cousins at Nick and Toni’s. It was very nice.