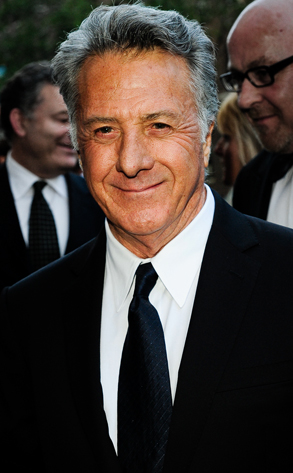 I’e confirmed it with sources from the film. But I also told you about some months ago. “Little Fockers” was designed so Hoffman could film scenes as needed. He is indeed reprising his role as Bernie Focker.

Apparently, Hoffman–who is next up in his first TV series ever, “Luck,” from HBO–didn’t think he was getting enough to do or enough money to reprise his role as Ben Stiller’s dad from “Meet the Fockers.”

So the movie was shot without him. “Little Fockers”–which picks up sort of in real time, when Ben Stiller and Teri Polo have toddlers–is the third and last “Fockers” film following “Meet the Parents” from 1999.

In the second film, Hoffman and Barbra Streisand were hilarious as Ben’s hippie parents.

To sort of make up for a lack of Hoffman, Harvey Keitel was added to the new movie as Robert DeNiro‘s friend.

Glad it worked out. Dustin Hoffman is always a must-see in every film. The “Fockers” will be much better for his addition.