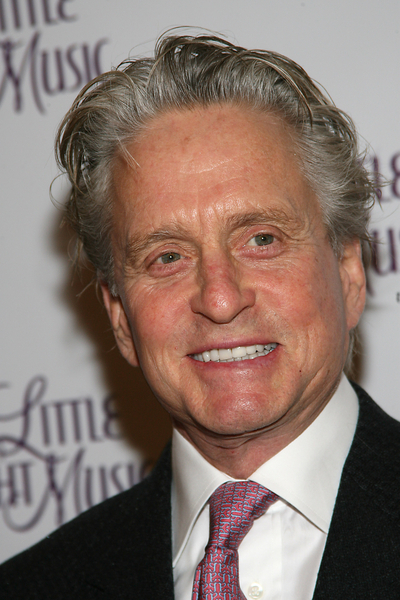 Michael Douglas, movie star: he’s got Oscars from “Wall Street” and “One Flew Over the Cuckoo’s Nest.” He’s got an Oscar winning wife, and what seems like a great life.

But oh what a year he’s had so far. A couple of months ago, his eldest child, Cameron, 31, was sentenced to five years in prison on drug charges. The stress would seem insurmountable.

These are the ironies of success. This year has also been one of Douglas’s best in his long career as an actor. His performance in “Solitary Man,” an under-released indie film, is brilliant. It’s his best work in years. With any luck. some critics groups will cite Douglas for this nifty turn. Maybe he’ll even see some awards action, although tiny Anchor Bay Films doesn’t have the kind of money needed to make that happen.

Then there’s “Wall Street: Money Never Sleeps.” The 20th Century Fox is terrific, and should be the studio’s biggest hit of the year when it’s released on September 23rd. Douglas gives a knockout performance.

But “Money Never Sleeps” has already occasioned three weird strikes against it: first Douglas’s ex, Diandra, perhaps plagued by financial problems set in motion by jailed money manager Ken Starr, filed suit to make Douglas split his fees and income from the film with her. Ouch! Then director Oliver Stone made weird, out of character comments on subjects including the Holocaust. They had to be apologized for and retracted.

Now Michael’s health could impact the film’s launch. But frankly, there are enough stars in “MNS” like Josh Brolin, Shia LaBeouf, Carey Mulligan and even our old pal Sylvia Miles to go out there and fan the flames. Send Sylvia out there, Fox! She knows how to sell a film.

So here’s to Michael Douglas. He’s a survivor. And my guess is we’ll see him at the Oscars next February, talking away.