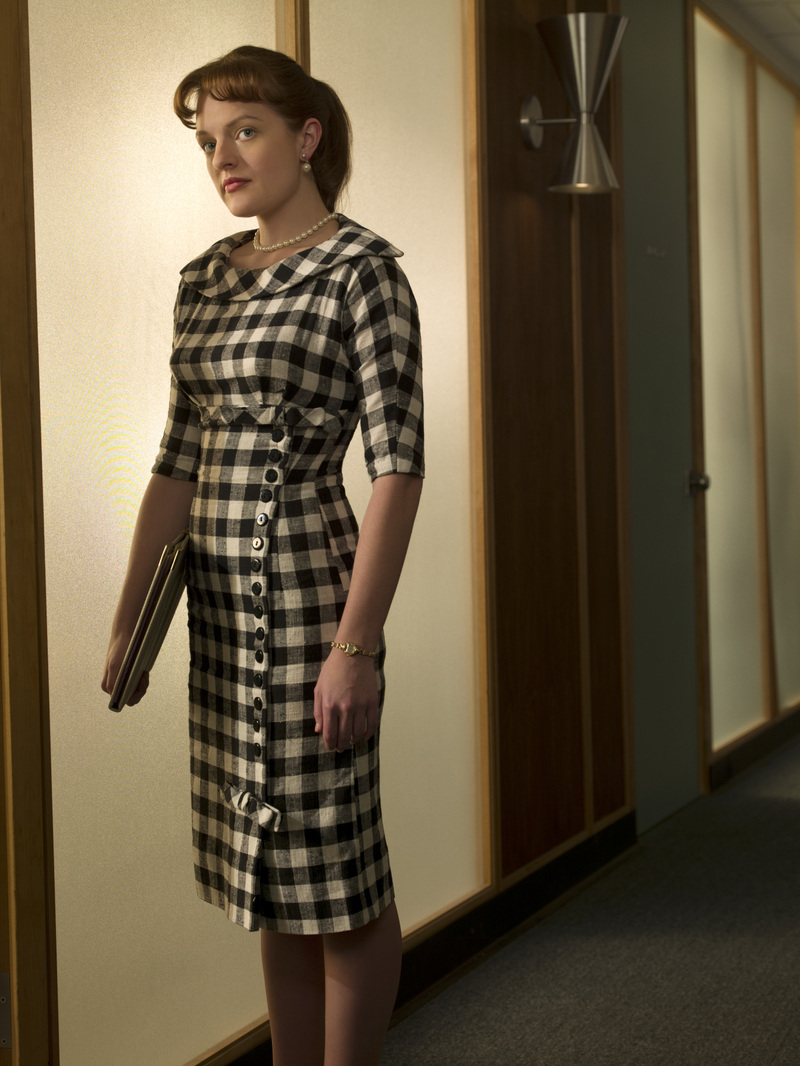 “Mad Men” is getting curiouser and curiouser.

The fear that separating Betty and Don would cause trouble in the show’s structure may be playing out. Don is lost, and looking for a plot line. Betty has vanished. She wasn’t in tonight’s episode and was briefly in the one before that. Coming attractions promise a sighting next week, but these are not long seasons. t seems it may be hard to incorporate Betty’s world with so many characters at the ad agency.

Peggy: real life news that actress Elizabeth Moss is getting a divorce from husband Fred Armisen after 10 months–actually less, since they apparently separated in May. Moss is said to be a Scientologist. Now Peggy seems to have gotten swept up by a group of radical young people in the Village. When they all came to get her at lunchtime, it was spooky. Good move by director John Slattery.

And Peggy handled her lesbian come on with aplomb. Whatever Moss’s personal life is like, she has really created an indelible character. Her acting work is fascinating. She’s the most enigmatic package going today as Peggy.

Elsewhere, unbelievably, finally, some acknowledgment of Pete and Peggy’s baby. Another nice touch: both Pete and Peggy banging their heads against something. Pete’s father in law offering a gift of $1000 for a boy and $500 for a girl was just surreal.

But the show is about Don, who apparently is lonely without the family he shunned and squandered. His life is a mess. It’s an interesting choice for Matt Weiner, because I assumed Don would embrace the sexual revolution. So far, he’s not exactly a swinger, or a playboy. But he’s clueless when dealing with Allison. And she–a generation before sexual harrasment–can only conclude he’s “not a nice person.”

A middling episode, aside from Joan’s electric blue dress. And Harry’s introduction of the word goniff– Yiddish for thief. Harry is Jewish. Oh my.