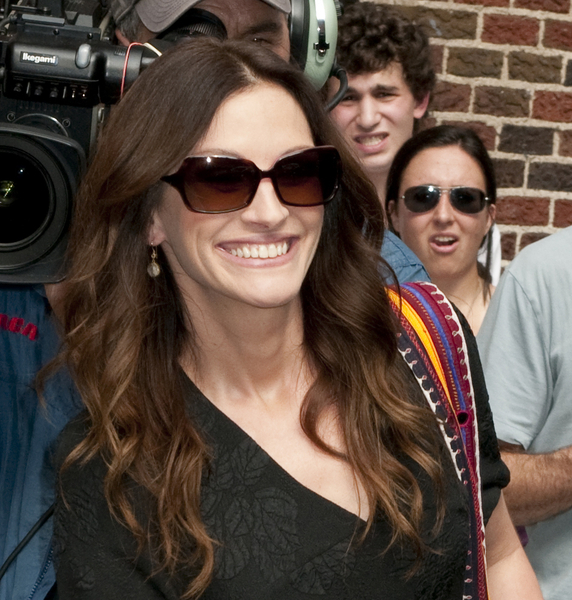 It hasn’t been a stellar week for Julia Roberts, that’s for sure. Her “Eat Pray Love” was mostly trounced by reviewers and ignored by audiences. With a 36% percent approval rating on Rottentomatoes.com, the movie made $23 million in its first weekend. That paid for Julia’s salary.

So what’s next for Roberts? “Duplicity,” which preceded “EPL” was “Inception” but a nightmare not a dream. That makes two flops in a row–flop being a relative term. These are not films on a par with Julia’s best work from the 90s–movies she made with former partner Elaine Goldsmith Thomas. Remember when “My Best Friend’s Wedding” and “Notting Hill” and “The Runaway Bride put her on top?

Roberts has good agents but she’s lacking development advice. Goldsmith-Thomas was brilliant at guiding Roberts through a maze of scripts and pitches. Julia needs someone like that again, who knows how to break down a movie and give her a sympathetic character. Because she is charming on screen, and has that million dollar smile,, Roberts is still capable of making lemonade from these lemons.

Her only film in the can now is “Larry Crowne,” directed by Tom Hanks who also stars in it. “Larry Crowne” comes out June 19, 2011.  It has a very eclectic cast, which could be good or very weird: Peter Scolari (Hanks’ bosom buddy), Nia Vardalos (who wrote the screenplay), Cedric the Entertainer, and George Takei from “Star Trek.”

Hanks is the nicest guy in Hollywood, so maybe he’ll soften Julia’s brittle image as it’s projected now. But she might do well to hire a friendly press agent (like Leslee Dart or Cindi Berger) who can warm her up and maybe bring her back to Earth on the subject of fame and all its pitfalls.

Sony, meantime, is doing great with “The Other Guys.” Will Ferrell is in fine form. And Mark Wahlberg can just keep doing comedies.