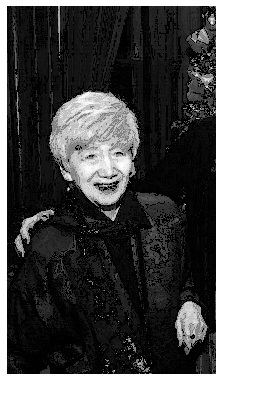 She was not particularly famous, unless you were part of New York’s film world and knew Dr. Cecile Insdorf, the constant companion of her daughter, Annette Insdorf, the Columbia University film teacher, critic, and journalist.

On Thursday, Cecile passed away. Dr. Insdorf, who was 88, was a beloved member of the Hunter College teaching staff, was an author and scholar who taught film and French literature. In 1977 she published “Montaigne and Feminism” with the University of North Carolina Press. She created the romance language Film Festival at Hunter College. She was also a Holocaust survivor.

In 2006, Cecile donated $100,000 to Hunter College and created the Cecile Insdorf Foreign Language Screening Room at the Chanin Center. Big name directors from all over the world knew and admired her from Pedro Almodovar to Peter Bogdanovich.

I tell you all this because for the last two decades, Cecile Insdorf has been a fixture on the New York film scene thanks to her daughter, Annette and her son-in-law Mark. For years until she was recently unable to make it, Cecile was their ‘plus 1.’ Rarely have a daughter and her husband been so devoted to a mother. And Cecile–elegant, eminently fashionable at all times, articulate about everything–so appreciated it. We looked forward to seeing her in a crowd. Dr. Insdorf was an oasis of intelligence.

It’s the end of an era in our community. My heartfelt condolences to Annette and Mark.