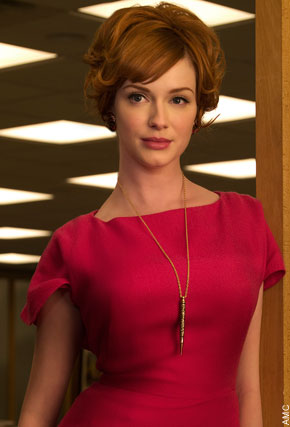 Mad Men, Season 4, Episode 3: I’m starting to get a little worried that we don’t have a plan for Season 4. Three episodes in to Season 4 of a 13 episode season, Don Draper is revisiting his fake family in California. I know: he feels comfortable with Anna, but now he’s hitting on her ripe niece. Is that nice? Does Don just hit on every piece of ass put in front of him?

He gave the niece that “I love Anna but not in that way” speech. It was lecherous and uncool. And the news that Anna has massive cancer: is this Matt Weiner’s way of saying goodbye to the old “secret” story line? Or is the niece coming to New York?

And so much time spent with these people in California, when back home we have lots of characters with no storylines. It was great to see Joan have an episode, but still she’s with this idiot doctor. Wasn’t he supposed to die in Vietnam already? Jared Harris did a superb job playing out Lane Pryce’s story, but again: Don pays for all this sex? Where’s the ladies’ man? Weiner is making him creepy.

Yes, there was the “Bewitched” moment as previously discussed, but what we’re missing is a story arc for Season 4 a la Conrad Hilton. And where is Betty with Henry Francis trying to fit in at a New Years party? Why isn’t Duck trying to worm his way into Peggy’s personal and professional life? Where is Sal? And no repartee between Cooper and Sterling? We live for that. Maybe “The Good News” was a little filler, and we’re going to get going next week. But the world of “Mad Men” felt shrunken this week.