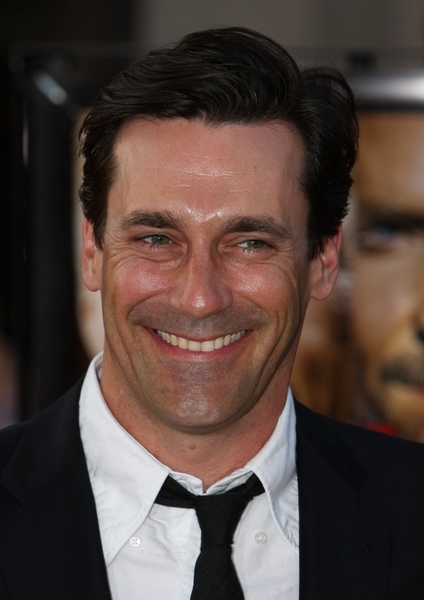 WITH SPOILERS, SO BE CAREFUL

Don Draper didn’t have a happy Christmas 1964 exactly: he sleeps with–well he just plan shtups–his secretary. It’s less than a one night stand. This isn’t like Peggy sleeping with Pete, or Roger and Joan. Is it the beginning of the women’s movement? Or will the secretary just suck it up and go back to work? My guess is the latter, but you never know. There was no sexual harassment yet in 1964.

Episode 2, Season 4 is not a ground breaker, but it does a lot to explore the times and explain what’s happening in Don’s world. The star of the episode is Roger Sterling, who must debase himself thanks to the unpleasant return of Lee Garner, Jr., from Lucky Strike cigarettes. Lucky Strike is 69% of Sterling Cooper’s business, so the execs must kowtow to Lee. John Slattery is spot on as usual, forced to play Santa Claus. Oh yes, this is so the territory of our old friend, Larry Tate.

Lee Garner, Jr., you may recall, was the reason Sal was fired last season.

Don acknowledges the Beatles–he asks his secretary (whom he later boinks) to buy Sally some Beatles 45s. Meantime, at home, Sally has attracted a psychotic 13 year old suitor. She is her mother’s daughter through and through. The boy, seeing that Sally wants to move, trashes the house in order to scare Betty and Henry Francis. We’ll see if that works.

One mention of Joan’s AWOL husband: “he’s saving lives.” We all await his return in a body bag from Vietnam. Peggy obviously does not have a great time with the boyfriend once they finally hit the sheets. So much for him. There’s more than passing reference to AA and alcoholism. Joel Murray is a keeper as Freddie Rumsen.

PS If you like the decor in Roger Sterling’s office, you can find the furniture, clothes and instructions at Lisa Perry’s stores. (Her website is www.lisaperrystyle.com). When Lisa went for the mid 60s look several years ago, a lot of people thought she was nuts. Ha! Crazy like a fox. She’s become the authority on this stuff. I loved it when Freddie said he thought he’d get sucked into the op art on Roger’s wall. Yes, Freddie, in so many ways.