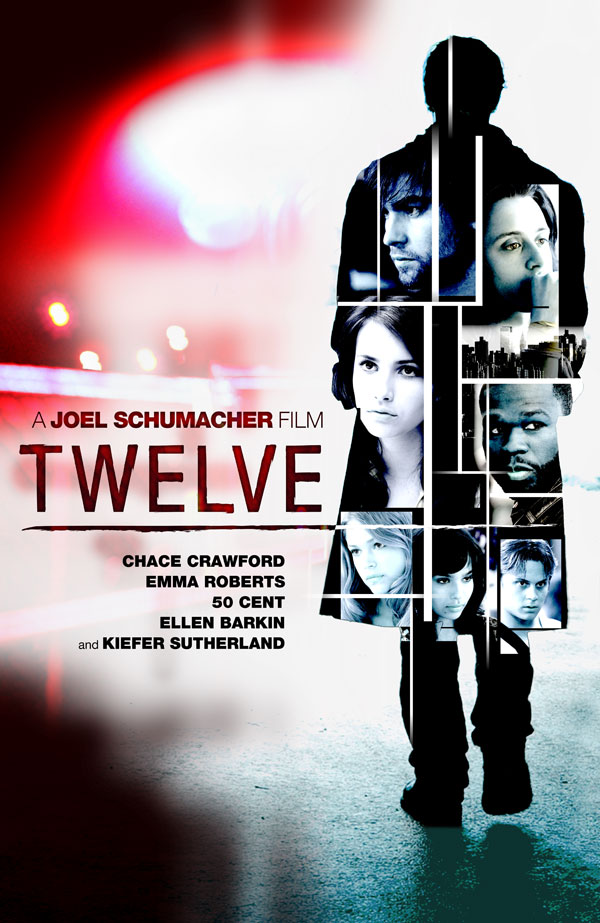 Is it really time for the release of “Twelve”? The Joel Schumacher mistake is probably the worst movie of 2010.

At the Sundance Film Festival last January, most of the press walked out of the screening, either from disgust or anger, long before the film finished.

That TV show’s Chace Crawford, with his eyebrows, plays a drug dealer on New York’s Upper East Side who caters to rich kids. And from how the movie reads, all the rich kids on the Upper East Side are doing drugs, having wild sex, and partying like it’s 1999.

I can’t even imagine what the audience at last night’s “Cinema Society” screening thought while they were strapped into their seats. (“Cinema Society” gets all the really good movies.) A low end (no pun intended ) underwear company had to sponsor the event.

I’ve tried to block most of “Twelve”–it’s the ame of a drug the whole gang wants, like Ecstasy but better– from my memory. But I do recall that Kiefer Sutherland narrates the film like he’s in “Dragnet.” And Emma Roberts, Julia’s niece, is the so called heroine.

“Twelve” is really just a bad version of “Less Than Zero,” some 25 years later, without even Robert Downey Jr.

No one wanted “Twelve” at Sundance, so its distributor is the curiously misspelled Hannover House. On their website they brag about once having published a book distastefully called “Blood, Money and Power: How LBJ killed JFK.” You get the picture. Yuck.