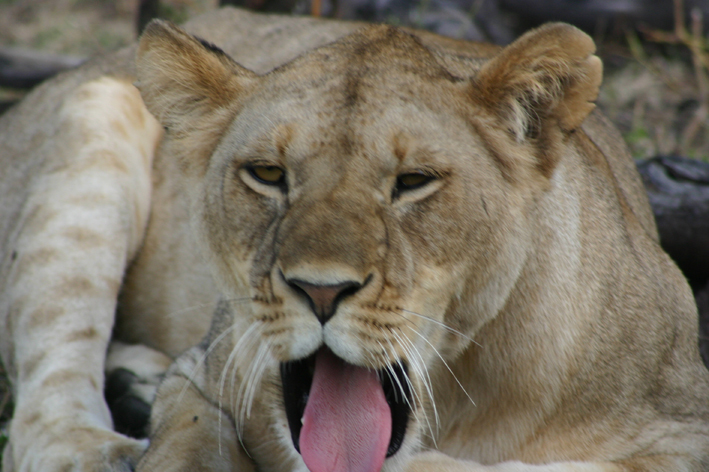 Well, I waited. I never said a word about how truly horrible my visits to the new, “hip” restaurant The Lion had been. I held my tongue because the place was new, and hadn’t officially been reviewed. But I detested everything about it.

And now Sam Sifton, in the New York Times, has given The Lion one star and pretty much summed up its awfulness. I can’t say I’m surprised.

The Lion is an offshoot of the terrific Waverly Inn. Chef John DeLucie, who I like very much, decamped from the Waverly with two of its good customers: Dan Abrams, who is the legal analyst for the Today show, and Dave Zinczenko, of Men’s Health magazines and many books about how to get good abs.

They took over and gutted a very nice neighborhood restaurant in a town house on West Ninth Street that I can see from my living room windows. The restaurant was for many years called Bondini’s, and then just Village. The guys wanted to make it bigger and better than The Waverly. This seemed impossible.

In the spring, they held test dinners, a common practice. The meal is free, you just tip the waiter. But it was a disaster, My reservation–which I know I made–was not on the books. I was treated with hostility, and my guests were hungry. It was already after 9:30pm. There were no celebrities in the place, which is the hallmark of the Waverly. Every 15 minutes a new promise was made of a table. Each was a lie. We left, and went to the Waverly for dinner.

Two months later, a new attempt. A reservation was made. The four of us were ushered to a table in the bar area. They call this little space The Tavern. Well, it’s just a few tables packed into the bar. If you draw the table closest to the bar, you’re supposed to eat with the derrieres of barflies in your face. Or even worse, their gigantic hangbags. It’s very unpleasant. But no one associated with the joint cared. It’s hard to imagine they even heard our complaints. The Lion is the loudest place I’ve ever been in. I considered asking for the Cone of Silence, but no one was old enough to know what I was talking about.

Most obnoxious is the man who stands outside, perched on the steps in front of the Lion. He’s there to ask this question: “May I help you?” to those who might dare to approach the front door. If you say, I’m coming in for a drink, he responds, Do you have a reservation? If the answer is no, you’re told you’re not welcome. I’m not even sure if this is legal.

If this were going on in a dark back corner, away from crowds, it might be one thing. But The Lion and the Korean deli where I buy cat food and orange juice share a wall. Real world meets surreal world. Where the Waverly went out of its way to make the neighbors happy, the Lion is just a nuisance and headache. You don’t want to go in, and you wish Bondini’s would magically return.

And then of course, why would you go in? The noise level is horrid, there’s no space. And the customers are no draw: not famous, and not even interesting. It’s real estate brokers and hedge fund managers. The real stars are over at the Waverly, which hasn’t missed a beat. And the chicken pot pie is always good, even in the summer.

PS Had recent, four star meals at both Babbo and the Gotham Bar and Grill recently. Everything from service to food to atmosphere was beyond superlative. Babbo is hard to get in to, but well worth it. The Gotham is now a landmark. Who needs the tsuris of a place like the Lion?