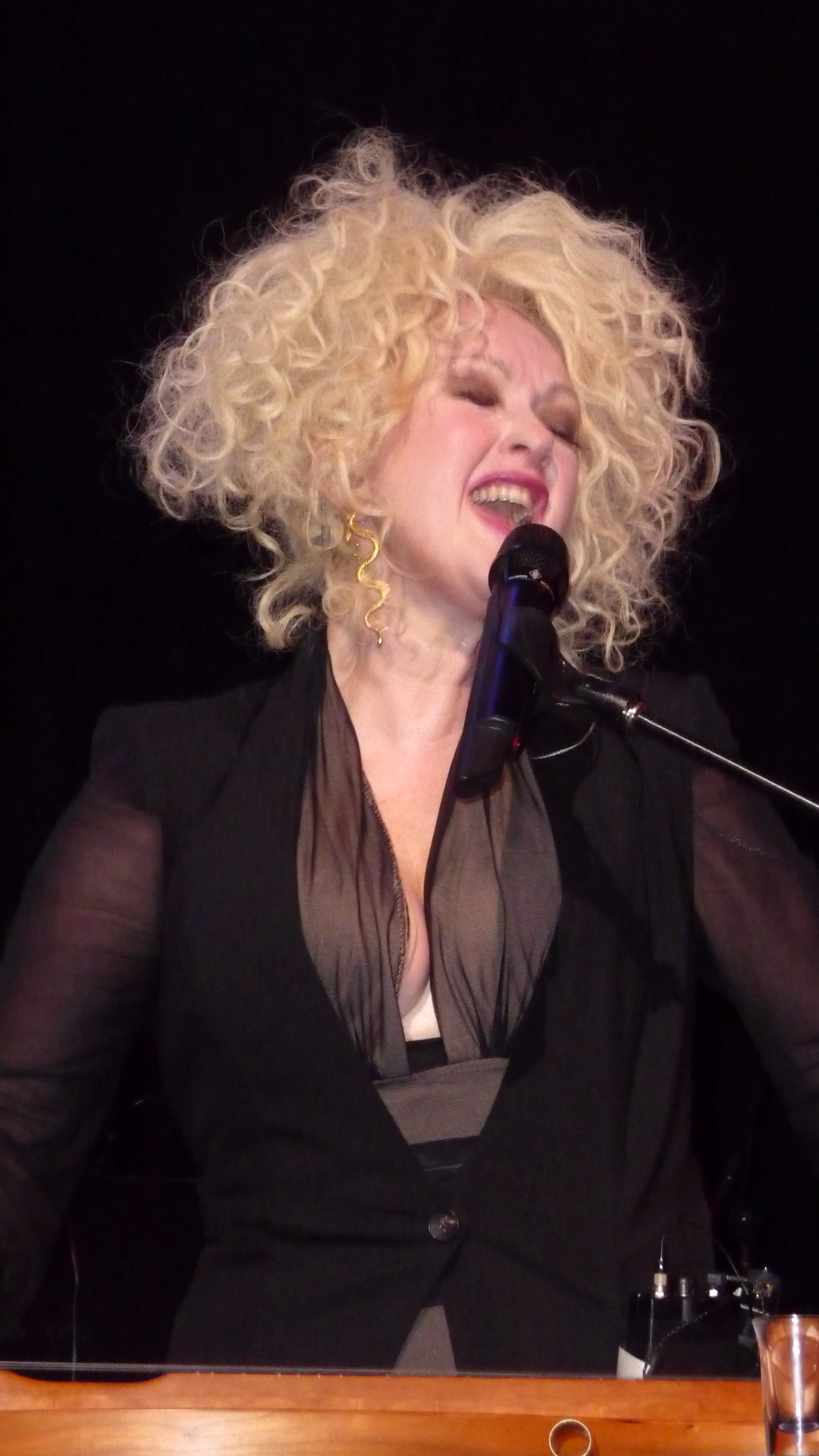 Cyndi Lauper is a savvy survivor. Of course, she’s not in the Rock and Roll Hall of Fame. And it’s a scandal. Lauper is the real deal. Not only does she have the hits, she’s also a multi talented musician and composer who constantly reinvents herself.

On Wednesday night, she showed off her latest invention: the blues. Her new album, “Memphis Blues,” is the genuine artifact, made with loving care and the actual musicians. In concert at Town Hall, she brought along not only legendary Charlie Musselwhite but also the great Allen Toussaint as guest stars. You’ve never seen Madonna do this before a show started: Lauper, eyes welling up, introduced her amazing band and then said what an honor it was to play with them.

It’s really a tribute to Lauper that she’s been able to adapt to the blues. The audience still wants “Girls Just Want to Have Fun.” But that’s from more than 25 years ago. If you haven’t stayed in that time warp, then you know Cyndi has moved on constantly. Her albums, particularly 1993’s “Hatful of Stars,” are beautifully crafted gems that long ago jettisoned the kitschiness of her first record and videos for something far more complex.

Her show is still a hoot, though. Mixed in with the blues are rambling anecdotes and Lauper asides. Her natural sense of humor cannot be denied. She tells a disarming story, and gets serious. “Go on Google and look this music up,” she advised the audience about the blues. It’s an educational two hours. She’s like Gracie Allen: kooky on the outside, brilliant on the inside. (If you’re too young to get that, Gracie Allen was married to George Burns. Look them up on YouTube.)

Toussaint stayed for just two numbers–“Early in the Morning” and “Shattered Dreams.” If Lauper hadn’t already had a keyboard player, maybe Toussaint would have stayed for the best number of the night, “Mother Earth.” He’s featured on all three on the album. Even without him, “Mother Earth” — sandwiched between a couple of Cyndi’s pop hits–is a masterpiece. It’s as if they were archeologists discovering the Lost Ark. When they’re finally forced into “Girls,”  and “Change of Heart,” the band reimagines them with Musselwhite wailing away on his harmonica. “True Colors,” the finale, which Lauper plays on dulcimer, and which you thought you’d heard enough, sends shivers down the spine.

All hail Cyndi Lauper. And for god’s sake, get her into the Rock Hall already. Unlike Madonna, she’ll actually perform at the ceremony.