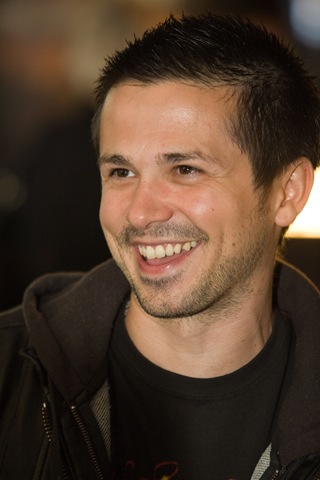 The Brett Ratner produced CBS series about CIA agents is on again after nearly being killed by corporate network warfare.

Sources tell me that star Freddy Rodriguez, who was so good in “Six Feet Under” and the movie “Bobby,” is all set to play the lead. The rest of the cast is secure as well, despite contrary reports.

CBS and 20th Century Fox Television will make “Chaos” as a joint venture for CBS TV after weeks of playing tug of war with Ratner and the show’s creator.

At the center of their disagreements was money, of course, and location. CBS wanted to shoot “Chaos” in Dallas, where Ratner made “Prison Break.” The only problem is, “Chaos” needs an international feel, with good locations and sets. Now that Ratner and co. have won the right to do the show properly, it will be returned to Hollywood.

By the way, the great Irish actor Stephen Rea co-stars in “Chaos.” It’s getting crazy how many terrific movie and theater actors are now in TV shows. Christine Baranski is in “The Good Wife,” for example. Lorraine Bracco is in “Rizzoli and Isles.” And Martha Plimpton has a new series on Fox.