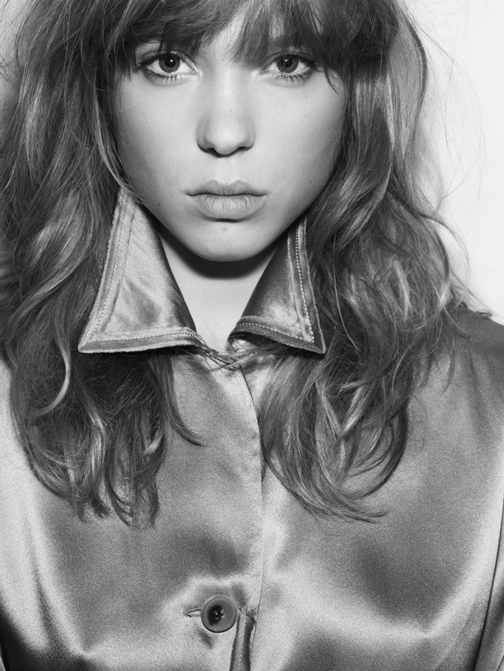 The casting is on for the ingenue to star in “The Girl with the Dragon Tattoo.”

Alas, I am told that there’s a new girl in the pack, and once her screen test is done, she may be in the lead. That would Lea Seydoux. The oung actress is like royalty in France, too, where her family is famous: her grandfather was the chairman of Pathe Studios and her uncle was the head of Gaumont.

Lea has already made her impact in  movies. She’s in the opening scene of “Inglourious Basterds,” one of the girls on the French farm. And she the “French pastry”–aka Elinor of Aquitaine–whom King John (Oscar Isaac) bedded early on in “Robin Hood.” My friend Baz Bamigboye of the Daily Mail in London noted last May that Lea Seydoux would be the next breakout international star.

All those American and British stars had better start worrying. I am told that the movie’s producers are enthused about Lea. And it’s not hard to see why!

PS So far Daniel Craig is on track to play the male lead character, Mikael Blomkist.