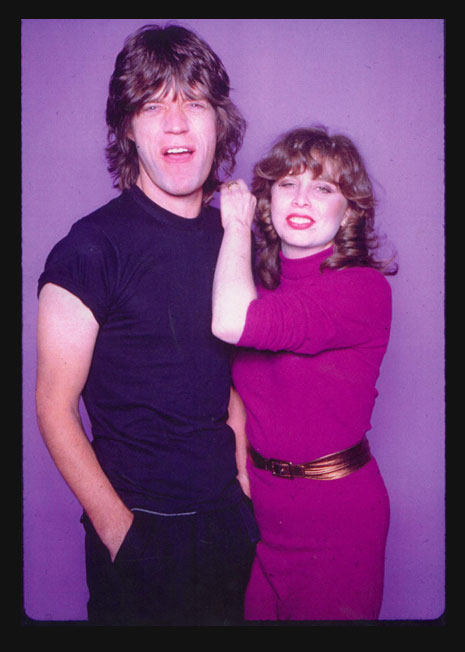 Liz Derringer, a well known New York press agent, was married to rocker Rick Derringer for 22 years. She grew up with Aerosmith’s Steven Tyler and has been friends with Mick Jagger and Jerry Hall for most of her adult life.

Now Derringer is sending around a book proposal called “Joy Ride: My Life as Mrs. Rockstar Wasn’t What I Wanted After All.”

The 74 page proposal (co-written with Billboard magazine’s Chuck Taylor)  is funny and lively without destroying of all of Liz’s relationships or selling anyone out.

It’s just one of many inside stories in “Joy Ride.” But a lot of the book pertains to her marriage to Derringer, who had hits like “Hang on Sloopy” and “Rock and Roll Hootchie Koo.” He also played with and produced the albums of Edgar Winter,  including the hit, “Frankenstein.”

The book should make a great complement to Buell’s best seller of a few years ago, “Rebel Heart,” and Tyler’s upcoming book.

The “Joy Ride” proposal kept me reading right through as Liz pursues Derringer, then part of the McCoys. She and her friend Andi Feldman–who becomes Warhol superstar Andrea Whipps–get entangled with Jimi Hendrix, Noel Redding and their early band. They’re right at the center of Warhol’s world and in the middle of New York’s rock scene. When the McCoys merge with Edgar and Johnny Winter, Derringer–who at last succumbs to teenage Liz–is integral.

Some publisher is going to gobble up “Joy Ride” shortly, and with any luck we’ll get to read more of these stories in the next year.