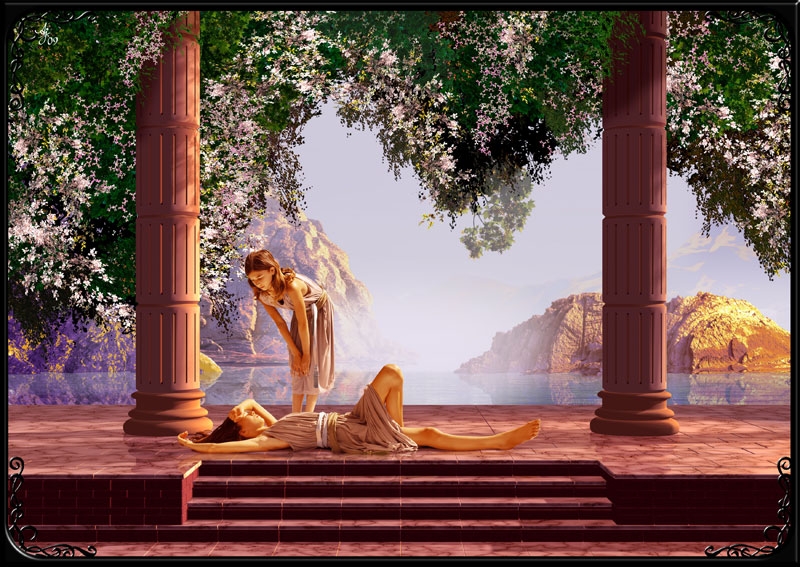 Crazy Mel Gibson gets very nuts in his taped conversation with Oksana Grigorieva about being broke. He screams at her that he had to sell art work.

In fact, Mel and ex wife Robyn sold their estate in Greenwich, Connecticut last year. They put up for auction at Christie’s $15 million worth of paintings by Maxfield Parrish that used to decorate the home. The sale was announced in March and took place in May.

The Gibsons had bought the Parrish paintings from a New York gallery. In 2006, the same year they now say they separated, the couple spent the most ever for a Parrish painting–$7.6 million for “Daybreak.”

But they bought at the top of a bloated market, and sold in a recession. They lost money when they had to sell. “Daybreak” sold at Christie’s for $5.2 million–well below what they paid four years ago.

Maxfield Parrish is an acquired taste, to be sure. Some other big collectors include Whoopi Goldberg–who defended Mel on “The View” recently–and Michael Jackson. “Daybreak” is what you might call pedestrian art–easily obtained in a good print for about $25.

The Gibsons, not known for being art collectors in the first place, sound like they were a bit naive when they made the original purchases. Mel might be better off sticking to paintings of dogs playing poker, on velvet.