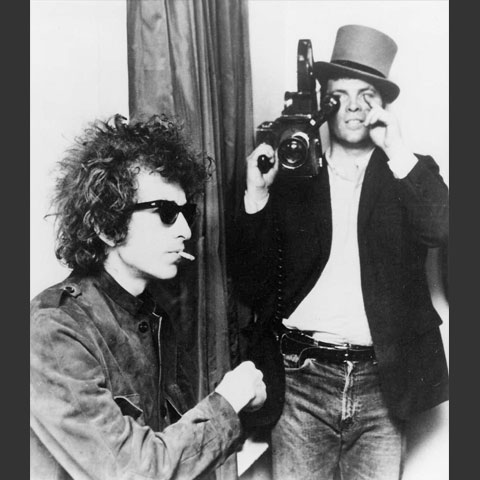 All those so called documentary shows that clutter TV– from the Real World to Celebrity Rehab–spring from the cinema verite that Pennebaker and his cohorts Ricky Leacock, Albert Maysles, and a few others invented more than 50 years ago.

Pennebaker broke ground in the mid 60s when he made “Dont Look Back” with Bob Dylan. Still considered the quintessential music film, “Dont Look Back” became an instant classic for its style, substance and form. You feel as though you’re actually with Dylan, Joan Baez, and friends.

A couple of years later, Pennebaker filmed “Monterey Pop,” the festival that introduced America to its new generation of pop stars from the Mamas and the Papas to Janis Joplin and Otis Redding. Each one of them became icons, as did Pennebaker.

Pennebaker also credited with making the first and most influential music video–Bob Dylan dropped cards in “Subterranean Homesick Blues.” It’s impossible to say how many times it’s been imitated.

It would be another dozen or more years before the filmmaker, with his wife (DGA Award winner) Chris Hegedus, would create the Oscar nominated “War Room.” But in between and before Pennebaker’s journeys would take him into politics with Bobby Kennedy and Jane Fonda, Broadway with Carol Burnett, roots music with the Coen Brothers, and dozens more places. His film of the making of the album for “Company,” the Stephen Sondheim musical, is really and truly legendary. His work in it with Elaine Stritch led to them winning an Emmy years later for an HBO Stritch documentary.

I had the good fortune to work with Penny and Chris from 1999-2002 on a documentary about R&B music called “Only the Strong Survive.” There are only a handful of people I’ve learned a lot from over the years (aside from parents, grandparents, and teachers). Penny is one of them. He knows the structure of film the way a great architect envisions a skyscraper.

This is not easy in documentary as there is usually no script. The whole thing is a hunch. It’s about catching lightning in a bottle and then making it behave. It’s time the Academy of Motion Picture Arts and Sciences honors Pennebaker, Leacock, Albert Maysles and the men who created the format new generations of filmmakers live by.

So happy birthday, Penny. Here’s to another 85!