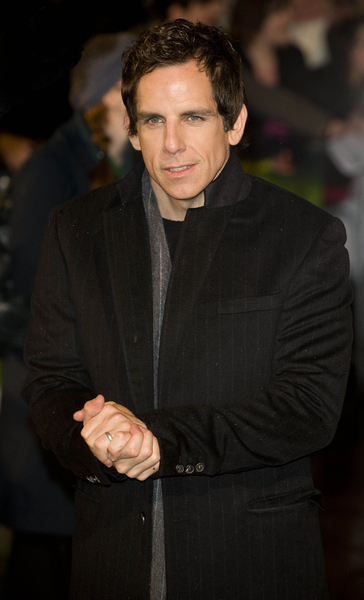 After many unofficial announcements it looks like “Tower Heist” is almost ready to go.

The Brett Ratner directed picture will star Ben Stiller and be produced by Brian Grazer.

Way back when this was embryonic, “Tower Heist” was set in Trump Tower in New York. It was going to have a mostly black cast with Eddie Murphy and Chris Tucker.

But time changes everything in Hollywood deals. Now the tower is “like the Trump Tower” but not exactly it as we don’t want to give anyone ideas. And now Stiller will head a multi-cultural cast. It’s possible Tucker, a Ratner regular, will still be part of the pack. Chris Rock might also be in the mix.

Ratner tweeted overnight that the pic was on, and Grazer was in charge. Everyone’s been waiting for a finished screenplay, so that may be done as well.

As I reported before, this won’t be just any heist movie. There’s a purpose to this project that will make the thieves heroes.

(This is just my idea for the plot: why not have the heist team kidnap “The Celebrity Apprentice” contestants and enlist their help.)

Ratner, meanwhile, is waiting for the tug of war over his TV series, “Chaos,” to be resolved. The teams are CBS and 20th Century Fox TV. The former has offered to buy out the project from Fox since they don’t seem to want to let it happen. But of course Fox doesn’t want to let it go, I am told. They’d rather just see it never happen. That’s why they call it “Chaos” I guess.