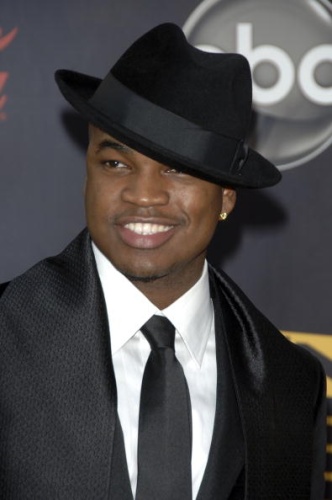 The big buzz in the R&B world today is that Ne Yo, the 30 year old junior soul man, is releasing two new songs with long form videos.

This afternoon at 6pm, BET is premiering the videos for “Champagne Life” and “Beautiful Monster” on its “106 and Park” show. The videos also go up on Vevo.

Isaw the videos yesterday and even ran into Ne Yo (real name Shaffer Smith) up at Universal Music, where the entire staff of Def Jam was crowded into a conference room to hear his whole new album, “Libra Scale.” The album gets released on September 21st, nine days before the Grammy deadline. As with Ne Yo’s last CD, this one looks headed for a Best Album nomination.

Ne Yo likens the two videos–which clock in around 8 minutes apiece–to Michael Jackson‘s “Thriller.” (Michael, whom we affectionately call Jacko in headlines because it’s short and snappy, folks.) And there’s a sci fi element to the story line, which will play out in at least three more videos to songs from “Libra Scale.”

But Ne Yo is more like Marvin Gaye in this sense: he writes and plays everything. There’s no sampling or “interpolating” (the latter is my favorite word now on albums where old songs are remade anew with new titles).

I’ve been a fan of this guy for some time now. Ne Yo’s songs are strong and catchy, full of melodic hooks. There’s no X rated rap element. He leads a pack that includes Anthony Hamilton, Jaheim, and Maxwell. In a world where contemporary R&B is riddled with raps about how hard it is to be rich and stupid, Ne Yo is a shining stand out.

By the way, “Champagne Life” features a hook with the line “Toast it up”–once you hear it, you won’t be able to get it out of your head. I think Def Jam should put up posters and T shirts everywhere–it’s the tag line for New Year’s Eve 2011.

PS L.A. Reid, who I (very coincidentally) wrote about yesterday, exec produced the album. Toast him up!