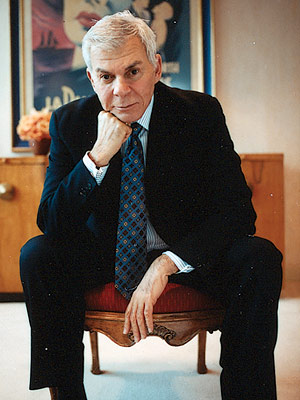 Wow–the most obscure people get feature obits in the New York Times. But not a famous talent agent.

Ed Limato died last Saturday, July 3rd, at age 73. He represented some of the biggest names in Hollywood –-Denzel, Mel, Kevin Costner. He was one of the few Hollywood agents whose name was well known outside the confines of studios and Beverly Hills. His pre Oscar party was famous.

And yet: it’s Friday, and no news of his death has made the paper. Consider if you will that producer Elliot Kastner, a contentious man who was always suing someone, got in right away.

The Los Angeles Times ran an obit for Limato the next day. Of course, he lived in L.A. But considering that Limato’s reach certainly encompassed New York, that’s no excuse.

What gives? Who knows? Could Limato have had an enemy at the Times? Perhaps. But that obit page is a weird one. A couple of years ago, when Times freelance writer Monique Yazigi passed away, the paper refused to run something on her, too. She wasn’t important enough. Tough crowd.