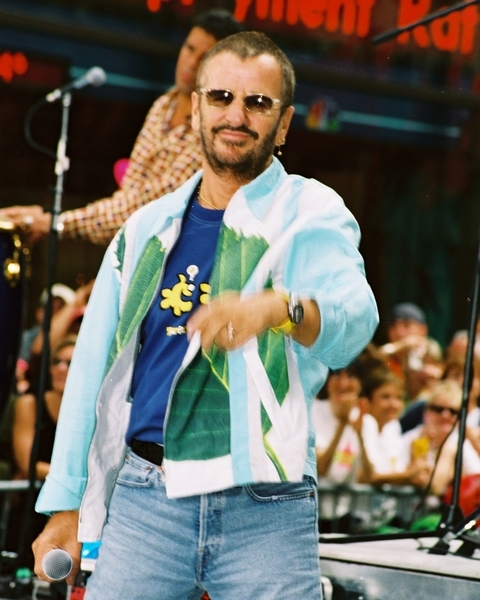 Ringo is often maligned because he wasn’t heavy like John Lennon or George Harrison, or the melodic genius Paul McCartney. But Ringo played those drums like crazy, and still does. There’s nothing like it. If you do listen to the Beatles Mono box set you can hear him doing stuff no one else does to this day. He is not just following along and bashing the kit–what most rock drummers do–but he’s making a musical contribution equal to those of the others in the band.

My particular favorite of Ringo’s from the early Beatles is “Ticket to Ride.” But there so many instances when it’s him– goofy, fun, and probably trying to keep it light– while the three others pondered the universe.

And let’s not discount Ringo’s solo work with Richard Perry–the “Ringo” album especially, still a tour de force. And “Back Off Boogaloo”–it rocks. Ringo’s work ethic is also unmatched. He has all the money in the world, but gets out there every summer with his All Starr Band.

Tonight, Ringo plays Radio City. It should be some party. Ringo, many happy returns