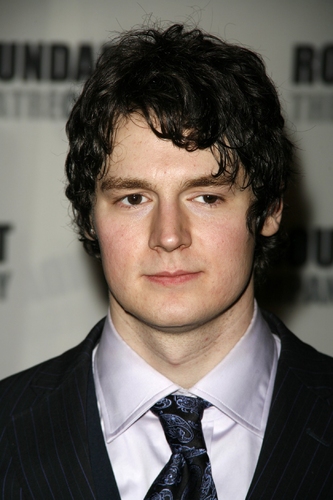 Walker is negotiating a deal instead to reprise his starring role on Broadway in “Bloody Bloody Andrew Jackson.” The emo-pop musical was a smash hit off Broadway with Walker last season.

The whole “X Men”-“Andrew Jackson” seesaw has been going on for some time. Walker had a signed deal to play Beast in “First Class.” But lately, with the success of “Twilight,” studio execs at Fox have  been obsessed with making the “X Men” X boys.

Suddenly, Fox is nervous because they’ve had some failures at the box office. “Knight and Day,” “The A Team,” and “Marmaduke” almost reverses their success with “Avatar.” Getting “X Men: First Class” right is suddenly more important than ever, I am told.

So far, still, James McAvoy and Michael Fassbender remain with the film. They’re the “senior” cast, which is just hilarious. Look for a lot of different Taylor Lautners to assume the other roles. Fox, I’m told, even checked Lautner’s availability.

For Walker and the producers of “Andrew Jackson” this is all good news. Walker will undoubtedly get a Tony nomination next spring, and “Andrew Jackson” has the potential to become a “American Idiot” type hit.