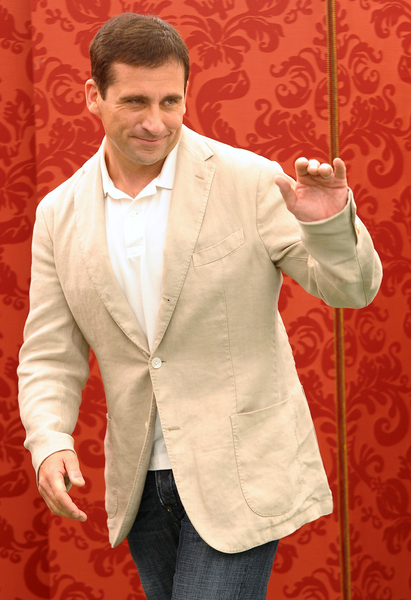 Is it the end for the folks at Dunder Mifflin?

Steve Carell says he wants to leave “The Office” after next season, the seventh — and maybe the last.

Without Michael Scott, NBC and the show’s producers will have to decide whether they can replace Carell and go on. It’s not so easy. Some hit shows have been able to replace secondary characters skillfully and move on. The example is “Cheers,” which brought in Kirstie Alley for Shelley Long after Long’s five years was up. “Cheers” went on for seven more seasons with Alley.

But could “Cheers” have replaced its lead, Ted Danson, and had the same success? Probably not. In the same way, “MASH” was very good at trading supporting players–Wayne Rogers, Larry Linville and MacLean Stevenson were succeeded by Mike Farrell, David Ogden Stiers, and Harry Morgan without any trouble. But could Alan Alda have been subbed? The answer is: no.

If 2011 is the end of “The Office,” it’s not such a bad idea. Most TV series go on way past their prime–take “Murphy Brown” or “Frasier.” Sometimes, the seven year contract that binds actors is a good thing. Mary Tyler Moore always had it right– go out on top. Don’t wait–as in the case of “Scrubs”– to be pounded into dust and then blown away.

With “The Office,” two of the supporting players are ready to leave anyway. Both John Krasinski and Rainn Wilson are setup to do anything they want in TV or film. B.J. Novak is good to go, and Jenna Fischer just had a nice turn with Michael Douglas in “Solitary Man.” And Ed Helms seems like he’s everywhere except “The Office” lately.

How will we live without “The Office”? I never watched “Parks and Recreation” before my flight home from Los Angeles last week. (American Airlines’ selection of movies is so bad, that you get stuck watching TV.) I always thought it was a pale imitation of “The Office.” But it’s pretty funny. Amy Poehler is always good, and I was happily surprised to see that Paul Schneider–so underrated from “The Assassination of Jesse James” and “Lars and the Real Girl”–is the male lead. By the time Dunder Mifflin closes its Scranton branch, “P&C” should be ready to take over.

And Steve Carell–after “Dinner with Schmucks” this summer, he’s got another comedy done with Julianne Moore. He also has a half dozen films in development. And no one is more ready to host the Academy Awards. Long after Michael Scott is promoted to a high paying, powerless position at the company, Carell will always be around.