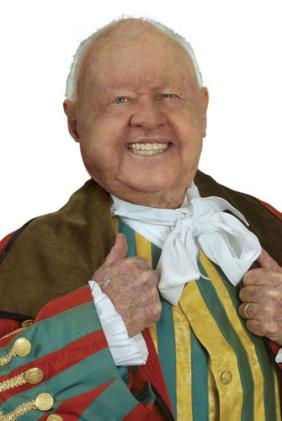 Corey Feldman made a speech.

Whatever. There was also supposed to be a performance by Marshall Thompson, the remaining member of the R&B group The Chi-Lites. Thompson has become Joseph Jackson‘s bucket boy, following him around and saying he’s got a record label with Jackson.

Both Katherine and Joseph Jackson showed up. Katherine didn’t sign copies of her book, “Never Can Say Goodbye.” She was surrounded by bodyguards, sources say, but seemed to be having a good time.

Majestyk the Magician did a few tricks. Cousin Anthony Jackson spoke. There were officials from Brazil.

The money from the event at the Beverly Hilton is supposed to go to Jackson Family Foundation even though it doesn’t exist and has no registration for a 501 c3 designation. Insiders say the foundation organizers may try and use an existing foundation and merge with them, by passing regular registration.

Sources say tables were full and people are standing at the BHH ballroom. Tickets ranged from $105 to $500 VIP seats.

Voice Plate, the group that sponsored the event, gave Michael Jackson a posthumous Humanitarian of the Century Award. They didn’t say which century. This one is only 10 years old, and Jackson didn’t do much for charity since the 1990s.