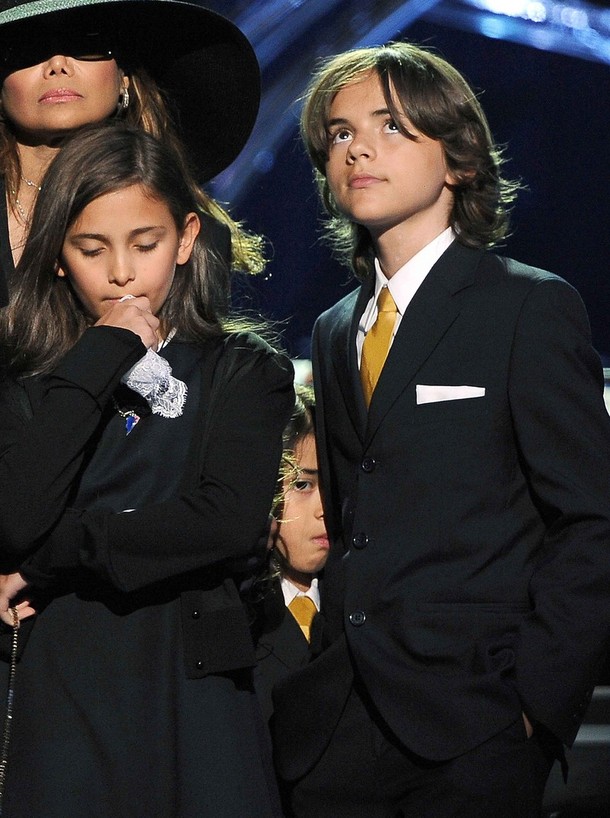 Michael Jackson‘s kids–Prince, Paris, and Michael–are on a fun filled vacation in Hawaii.

However: they are not with their guardian, grandmother Katherine Jackson. She’s been busy in Indiana and in Beverly Hills commemorating the anniversary of Michael’s death.

So who’s with the kids? Their cousins, the sons of Tito Jackson,  Taj and Taryll Jackson, and some bodyguards. Almost 37 and 35 years old, the pair of cousins are fast becoming Michael’s kids surrogate dads, or big brothers. (Tito Jackson had his kids young–he’s only 56.)

The trip, which costs hundreds of thousands of dollars, is being paid for their father’s estate. And while no one begrudges the kids a vacation, it does raise the question in their custody: where are the legal guardians?

The tabloids were so excited to get pictures of the kids, none of them stopped to ask what the heck was going on.

Not even nanny Grace Rwaramba is with them.

The children have five uncles and three aunts, but none of them are in Hawaii supervising a 13 year old, a 12 year old, and an 8 year old. This may seem a little unorthodox. The terms of Michael Jackson’s will left guardianship of the kids to his mother only. If she wasn’t able to fulfill the duties, Diana Ross was to step in. It’s unclear if Diana has even met these kids since Michael’s death.

Sources say, though, that Debbie Rowe, biological mother of the eldest two kids, knew before she left for Japan that the kids would be with their cousins, and discussed it with Mrs. Jackson. “She’s very happy they’re with Taj and Taryll,” a friend says.