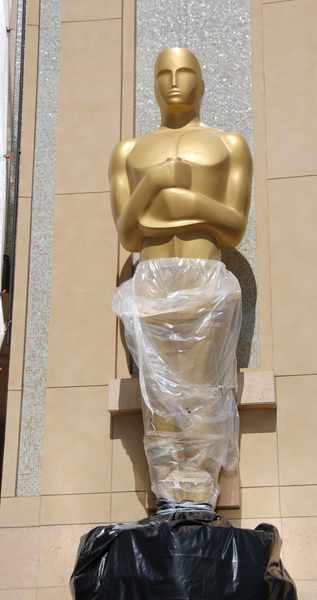 Guess who gets to vote this winter in the Oscars? A whole bunch of new, interesting, talented people. Every year the Academy of Motion Picture Arts and Sciences invites in a new group to participate in the Oscar process. This new round will replace some beloved voters who’ve departed, and some who let their dogs and housekeepers decide the Best Picture.

In music, Bono and The Edge from U2 are in, thanks to scores they’ve written for “Gangs of New York” and “In the Name of the Father.”

In the acting category, the Academy has asked the following: “Precious” actresses Mo’Nique–who thumbed her nose at the Oscars all last season, and first timer Gabourey Sidibe; Adam Sandler, who’s a lot of fun but unlikely ever to receive the gold statue; plus last year’s winner Christoph Waltz, nominees Jeremy Renner, Vera Farmiga, Saorise Ronan, Anna Kendrick, and Carey Mulligan.Also on the list is James Gandolfini, Shaun Toub, and, the affable Ryan Reynolds.

There are some nice less glitzy additions, too: Peter Riegert, who’s such a good character actor; the really wonderful LaTonya Richardson (Mrs. Samuel L. Jackson, too); Sam Robards, son of Lauren Bacall and Jason Robards; droll Miguel Ferrer; and past nominee Peter Saarsgard. Zoe Saldana is also joining, but as herself, not her avatar.

On the documentary list: my pal Frazer Pennebaker, who runs the show for Pennebaker Hegedus Films; Davis Guggenheim, Osar winning director of “An Inconvenient Truth;” “Super Size Me” creator Morgan Spurlock; and Nancy Baker, who made the excellent “Born into Brothels.”

New directors include two Oscar nominees from this year: Lee Daniels of “Precious” and Lone Scherfig, of “An Education.”

The new writers comprise Geoffrey Fletcher, “Precious,” Tom McCarthy, “The Visitor” and “The Station Agent,” the duo from “District 9,” novelist Nick Hornby, the duo from “Star Trek.” and Oscar winner Mark Boal, from “The Hurt Locker.”

Folks, many DVDs, invites, and cocktails are coming your way. Don’t squander them!