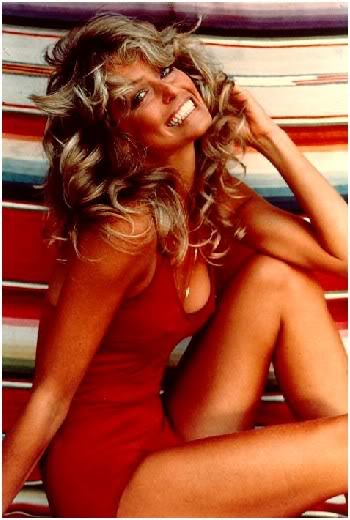 Everyone is going ga-ga over the anniversary of Michael Jackson‘s death on Friday.

But today also marks the first year since the passing of Farrah Fawcett. Her death was a little overshadowed by Jackson’s last year.

Farrah was first and f0remost The Sex Symbol of the 1970s. But she went on to prove herself a dynamic actress who wasn’t afraid to take on challenges. As she got older, she allowed herself to be funny, goofy and mischievous. As good as she was in TV movies like “The Burning Bed” and “A Murder in Texas,” she was also hilarious in her short lived sitcom with Ryan O’Neal, “Good Sports.”

So let’s not forget Farrah today (even though the Oscars managed to last March). She was just as much a part of American pop culture as Michael Jackson, and a helluva lot prettier!