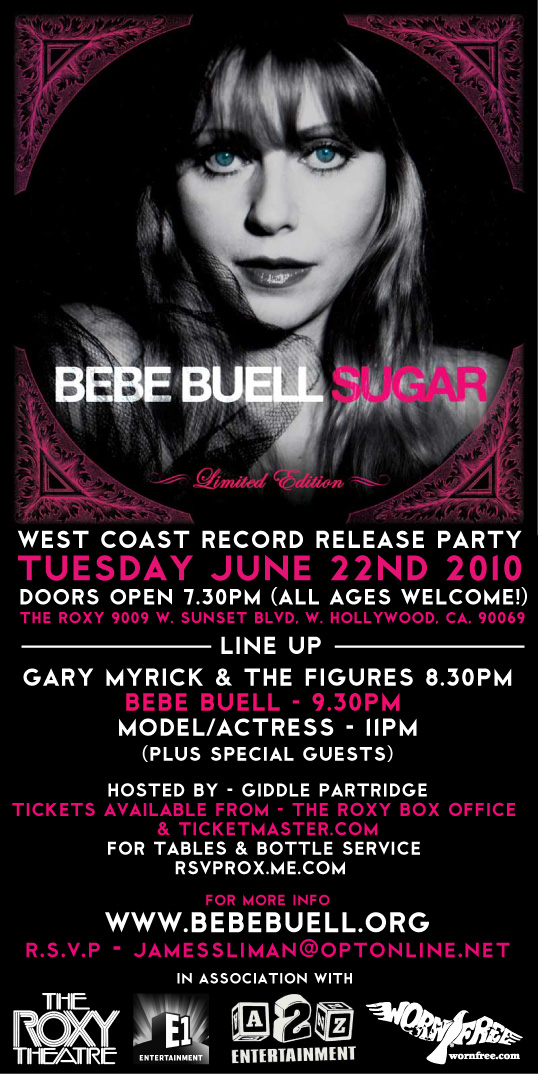 Bebe Buell, long time rocker, former model and mother of actress Liv Tyler still has a lot of rockin’ left in her. She’s just put out her first new full length album in over a decade, on Koch/E1 Records. “Sugar” is full of radio-friendly singles including the title track, “Air Kisses for the Masses,” and “Trunk of Dreams.” The album is her equivalent of Marianne Faithfull‘s “Broken English.”

On Tuesday, June 22nd Bebe and her band–featuring husband Jim Walls and Twin Engines–make a rare appearance at the Roxy on Sunset in West Hollywood. This has turned into a must-see gig, with lots of A listers threatening to appear. Over the years, Buell has counted among her friends and lovers Steven Tyler, Elvis Costello, Todd Rundgren, Mick Jagger, Keith Richards, Rod Stewart and Jack Nicholson. They’ll all be plenty surprised when they see Buell, who’s 55 and a grandma, rock the Roxy like never before.