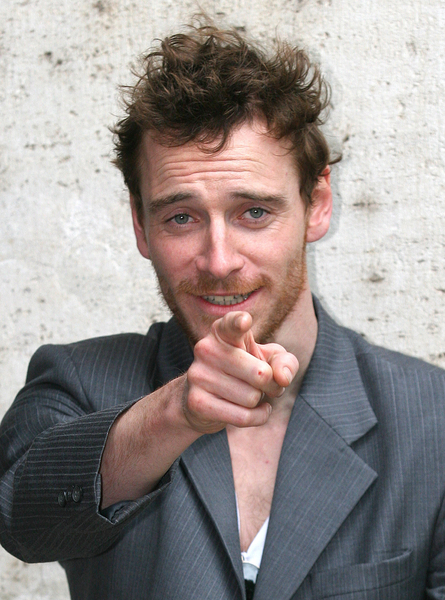 Michael Fassbender had a hot year last year, in Quentin Tarantino‘s “Inglourious Basterds,” and in Steve McQueen‘s “The Hunger.”

He also proved himself a good dancer in Cannes with Robin Wright Penn at the big “Basterds” party.

Now Fassbender is in–as his “Basterds” David Nivenish character might say, a bit of a pickle.

He’s being pursued, I hear, for two different Marvel comics movies. Matthew Vaughn is said to want him for “X Men: First Class.” Fassbender would play young Magneto, the precursor for Ian McKellen‘s later character. (Because of early senility, I mixed Magneto up with Professor X/Charles Xavier in an earlier version of this story. This is also largely due to my hearing Paul McCartney singing “Magneto and Titanium Man” in my head. Sorry.) James McAvoy is already signed to play Young Xavier.

At the same time, Fassbender is being pursued to play the villain in “Spider Man 4,”  aka “No Toby Maguire Here.”

Two different movies from Marvel, but two different studios: Fox for the first, and Columbia for the second. He can’t do both.

Either way, Fassbender can’t lose. He’s got four films coming out in 2010 alone including “Jonah Hex.” By the time he’s a supercomic villain, he’ll be a bona fide movie star.