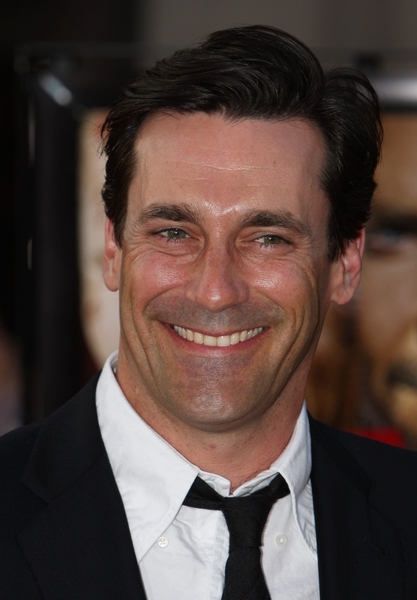 Want to know what happens in season 4 of “Mad Men”? Even the cast is held to top, top secrecy.

Apparently before every read-through of a script, the cast and crew are read a reminder that they are part of something lucrative and that their confidentiality is required.

Consequently, everyone is scared to talk, about the smallest detail.

Little is known so far, and the production has only now just wrapped Episode 5, of 13.

This much is gleaned: the show picks up more or less right after it ended in Season 3. It’s the beginning of 1964. This could mean the arrival of The Beatles in America and on “The Ed Sullivan Show.” It’s also the start of color TV.

The first new episode is called “Public Relations.” The second is titled “Distress Signal,” followed by “The Fine Print,” and “Dominion.”

If there are guest stars, they are being kept under wraps. Listed as appearing in the two shows are the main cast members, as well as some minor players like Allison, Don’s secretary from last season. There’s no listing for Bryan Batt, who played the popular closeted gay art director Sal. But that doesn’t mean a thing. There’s also listing for Henry Francis, Betty’s lover.

But a new young ad man may be introduced in the person Blake Bashoff as Matt Kerney. Bashoff most recently had a minor but recurring role on “Lost.”

And while Betty, Peggy, Joan, Roger Sterling, Bert Cooper and Pete, Paul and Harry are all listed for each of the episodes, and possibly Jared Harris‘s Lane Pryce, the show is still about one man: Don Draper. If Jon Hamm doesn’t win the Emmy this August for Best Actor, something really is very, very wrong. Not since George Clooney has a TV actor looked so ready to jump to the big screen. The Emmy voters won’t have many more seasons to show they knew him first.

The Emmys should prove a boon to “Mad Men” since the nominations are announced on July 8th, a week before the sizzling drama returns to AMC. Nomination wise, Hamm is a cinch for Best Actor. January Jones is a lock for Best Actress. Elizabeth Moss may wind up settling for Supporting Actress. But both she and Christina Hendricks had diminished screen time this year. John Slattery and Bobby Morse look good for supporting actor, although Vincent Cartheiser‘s Pete had the great Russian au pair episode.