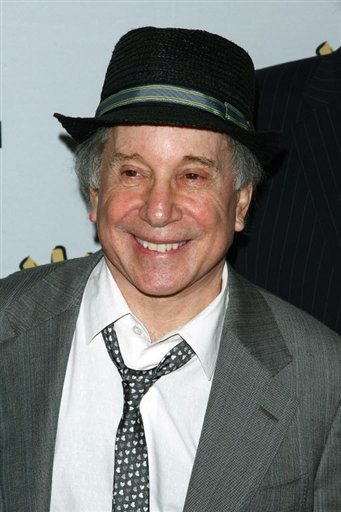 Paul Simon is going back to Columbia Records.

After three decades with Warner Music, Simon tells me he’s moving his whole solo catalog back to Sony/Columbia Records. That’s everything from 1972’s “Paul Simon” album through his most recent, “Surprise” CD. As a solo artist Simon was with Columbia Records from 1972 until 1980’s “One Trick Pony.” But he’d also been at Columbia through his entire career as half of Simon & (Art) Garfunkel, from 1965 through 1970, ending with “Bridge Over Troubled Water.”

When I ran into Paul last Friday night at Yankee Stadium he told me, “I’ve been trying to get my catalog back in the same place as Simon & Garfunkel for a long time.” He is thrilled that it’s happening.

At the same time, Simon is finishing a new album with long time producer Phil Ramone. “It’s the best work I’ve done in 20 years,” be told me, which is a lot since Simon is not one for hyperbole.

Who will issue the new album is still up in the air. It will not be Warner Music Group, which bungled his last couple of CDs including the brilliant “Surprise.” Simon says he’s got a couple of offers, but no deal has been struck yet. He’s thinking of asking Bob Dylan, with whom he’s toured, “to sing something on it.” Simon and Dylan are lifelong peers and colleagues, perhaps the most influential American pop rock songwriters of all time. Such a duet would be quite a milestone.

And there’s more: On June 17th, Simon gets the Towering Song award from the Songwriters Hall of Fame for “Bridge Over Troubled Water.” He’ll be there for the ceremony at the Marriott Marquis. Simon told me he can’t wait to see SHOF president Hal David, author of dozens of classic hits with Burt Bacharach.

“We wrote a song together 40 years ago that I don’t think anyone’s ever heard,” Simon said.

By the way, in case you’re wondering about the passage of time: Simon has been married to singer songwriter Edie Brickell for almost 20 years. Their eldest child is now a high school senior and looking at colleges.

And PS: Canadians are the lucky ones this summer. Simon & Garfunkel tours the northern continent this summer, after a successful trip to Japan.