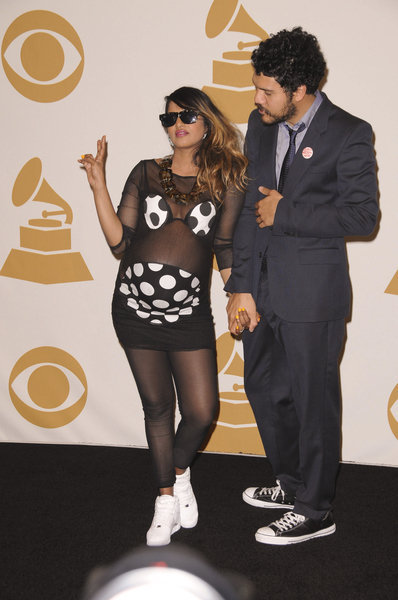 I can’t overemphasize how much I loved Lynn Hirschberg‘s piece on rap singer M.I.A. in the May 25th New York Times Magazine. It is a must read. http://www.nytimes.com/2010/05/30/magazine/30mia-t.html?pagewanted=1

Maya Arulpragasam is depicted as a conniving, calculating, manipulative, aggressive, ambitious pathological liar who has crept into the American culture by presenting herself as a Madonna in waiting. Lady GaGa has nothing nothing on her. It is interesting though that Madonna has spawned these two daughters. And they each come from Interscope Records, where Jimmy Iovine has made survival in a dying business in art form. The tension levels in his offices must be off the charts, but the records are on them so what the hell?

The greatest thing about this story is what Hirschberg only hints at: Maya has inveigled herself into the very wealthy Bronfman family, of Seagram’s fame. She’s technically the daughter in law of Edgar Bronfman, Jr., the man who bought and wrecked Warner Music. (Her boyfriend and father of her child is Bronfman’s eldest kid, Ben.) I have often criticized Bronfman about how he’s handled WMG. But but now I feel some pain for him. You never know what’s going on in someone’s family. Edgar has a grandchild whose mother is a walking billboard, made herself a target for no reason to Sri Lankan terrorists, lies about her background and parentage, and still has a taste for posh Brentwood, California and Givenchy.

Hirschberg is a killer. She gets to the worst parts of a subject’s inner life, unless, of course, she’s obsessed with them (Jerry Seinfeld, Sofia Coppola, hello). Hall & Oates were nearly destroyed by her. The late Bernie Brillstein probably lived on Mylanta for a month after she executed him. But Hirschberg is an artist, and her M.I.A. piece should be framed. I had to lie down after reading it. Her next subject should be Justin Bieber.

As for Maya, it turns out her music is pretty good. Hirschberg depicts it as being constructed by many producers and musicians. Maya is more of a supervisor. Whatever she is, there’ s denying that the new songs “Born Free” and “XXXO” are catchy and well made. The irony is that she’s signed to Interscope, which is part of Universal and not Warner Music. She’s exactly the kind of artist Bronfman’s WMG never developed but needed so desperately. Like all else in the Edgar Bronfman world, she’s spending his money, not making it. I’d love to be a fly on the wall at Thanksgiving.

PS Maya, of course, is not happy about the Times piece. Check out her blog at http://neetrecordings.com/blog/node/50