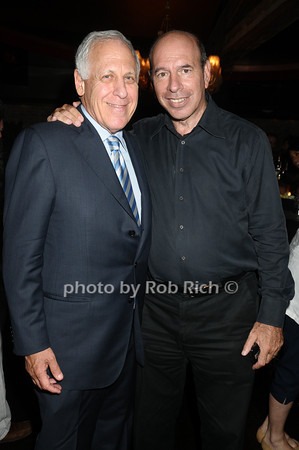 Two years ago, when Starr was sued by the late Joan Stanton for fraud, Rosen was very much a part of the story.

This week, when the SEC arrested Starr, they named a limited liability company called Marose as a beneficiary of Starr’s fund manipulations. Marose is owned by Marvin Rosen.

Rosen was not arrested and has not been named by the SEC. Yet.

The Democratic fundraiser has long been glued to Starr’s side. The two men are partners in Starr & Co. They are also linked socially at countless charity events.

When Stanton sued Starr in 2008, her lawyers named several companies in which Starr had invested over $20 million of her money. Among the dozen or so companies named were Fusion Communications and Terremark Worldwide. Marvin Rosen is the Chairman of the Board of Fusion, a company he founded.  His son, Matthew Rosen, is  CEO of Fusion.

Marvin Rosen also sits on the board of Terremark Worldwide.