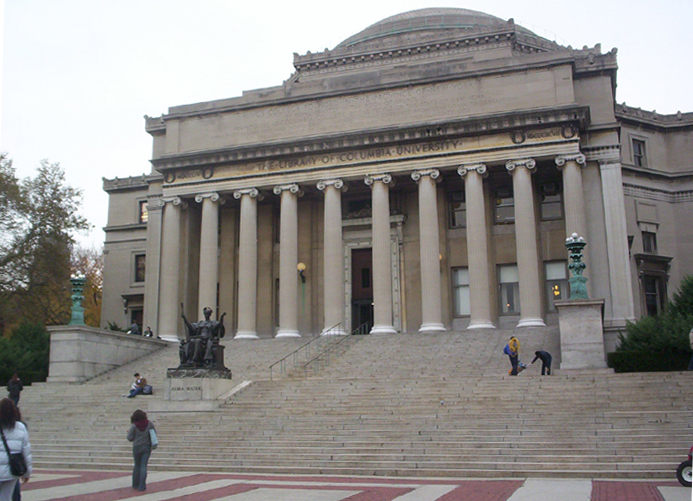 Lots of news today about people stealing money and the SEC catching them.

Arthur J. Samberg has to pay a $28 million settlement to the SEC thanks to his Pequot Capital Management, a $5 billion hedge fund, enriching itself from manipulating stocks.

The SEC says Samberg–now barred from being an investment adviser– hired a former Microsoft manager, David Zilkha, and then usedhim to get the inside info on Microsoft. Samberg doesn’t seem to be doing jail time. But Zilkha has been arrested and the SEC is seeking a jury trial against him. There’s no admission of guilt, just the settlement.

The New York Times and NY Post each skipped over the fact that in 2006 Samberg endowed what is known as the Arthur J. Samberg School for Teaching Excellence at Columbia Business School with a $25 million donation.

The school’s website notes: “The Arthur J. Samberg Institute for Teaching Excellence was founded in 2002 with a generous grant from Arthur J. Samberg ’67, chairman of Pequot Capital Management, Inc., and a member of the Columbia Business School Board of Overseers.”

Yes, the grant was generous. The money wasn’t his!

Hmmm. Now what? The Robin Hood Foundation may get a a kick out of this, too. The highly secretive fundraising group of New York billionaires has been the recipient of Samberg’s generosity with other people’s money, too–in the millions. Samberg has been a regular participant in their famous Javits Center galas that include auctions for things like vacations in exotic locales or walk on parts in hit movies and TV shows.

The whole story of Robin Hood must have appealed to Samberg in so many ways.

Samberg also operates two charities. One, named for himself and his wife, donated $637,181 in 2008 to local arts charities in Westchester county, New York. They must be thrilled. That foundation has $3 million in assets.

But more interesting is the $70 million Samberg Family Foundation, which pays the Sambergs’ daughter a $104,000 annual salary, and a $312, 266 salary to one Gerald Levine.

(If you can get a gig with a big charitable fund, it’s really great. For example: David Saltzman, who runs that Robin Hood Foundation, makes $500,000 a year. Kowabunga!)

In 2008, the Foundation gave almost $5 million to various groups in New York and Israel.