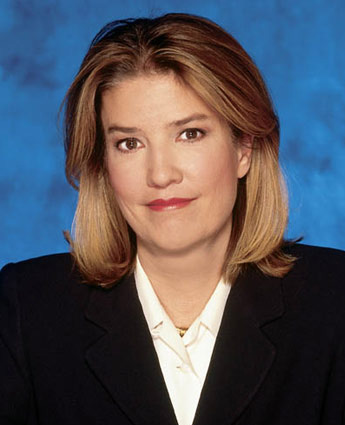 Greta van Susteren has posted a picture of Sarah Palin‘s new badly built fence on her blog (no link, sorry). The wobbly structure, which angles up off the ground enough to leave room for a crawl-through, is designed to ward off journalist Joe McGinnis. He’s rented the house next door for five months.

van Susteren captions the fence picture: “To protect against the Wasilla stalker.”

Greta, nominally a journalist for quasi-news organization Fox News, seems to forget that McGinnis is simply a journalist. he’s not breaking any laws, or stalking anyone. He’s writing about Palin. And Palin has obviously lost control over the situation.

But van Susteren is a hypocrite. Her husband, Washington DC attorney John Coale, a prominent Scientologist, worked for Palin through the 2008 election. It’s possible he’s still on her payroll. Thanks to the relationship, Palin gave her first exclusive post-election interview to … Greta. Surprise!

No one expects Fox News to be objective when it comes to supporting Republicans, but this is ridiculous. After all, in her pursuit of tabloid stories for her Fox show, van Susteren and her people have certainly done far more than rent a house next to a subject they were reporting on, whether it was something to do with Natalee Holloway in Aruba or Anna Nicole Smith in the Bahamas.

If McGinnis had moved in next to the Clintons in Westchester, New York, van Susteren would be praising his moxie and inventiveness.

But good work, ladies. You’ve raised the profile of McGinnis’s book three thousand percent! And it’s not even written yet.

PS John Coale has taken at least fifteen Scientology courses, the most recent in 2005 according to this informative site:

One more thing: Glenn Beck is quoted as saying he won’t have any more Random House authors on his show because he’s so mad at McGinnis. Beck had authors in the first place? From Random House? His fans read books? I think this may a win for Random House.