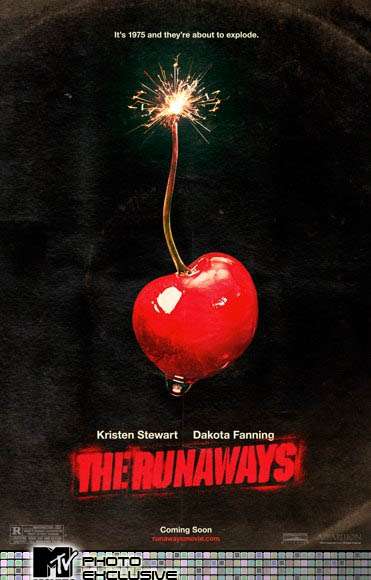 Big news all over the place in the middle of the night: Apparition Films’ Bob Berney has left the building. He and his staff were on their way to Cannes when Berney issued his sudden resignation to Apparition’s financial backer, William Pohlad.

Apparition looked good at the beginning, when Berney bought Jane Campion’s “Bright Star” at Cannes last year. Next came “The Young Victoria,” which actually picked up an Oscar last March. This was some kind of record, I think, for a new studio.

But I do think Berney–an upstanding guy who is most respected–was wary of going to Cannes again if he wasn’t completely secure about Apparition’s future. Their big movie, “The Runaways,” was blown–not by Berney, but by a decided lack of marketing money.  Using the title of the real Runaways’ biggest hit, he threw a “cherry bomb” and exited the company.  Knowing Berney, he had a good reason.

Berney was very smart to pick up “The Runaways”–with Kristen Stewart and Dakota Fanning. He also got it out quickly, hoping to cash in on Stewart’s “Twilight” fame.  “The Runaways” peetered out fast, but it should have been a nice sized cult hit for kids. It’s a good movie.

Not only that: Berney also bought “We Are the Rileys” from Sundance, with terrific performances by Stewart, James Gandolfini, and Melissa Leo. With limited resources, Berney was building an alternate Stewart universe to ride the “Twilight” coattails.

But it takes money to accompany that vision. Berney obviously felt he wasn’t getting the support he needed. What a shame: we need every little distributor right now. These projects take time, and the kind of people like Bob Berney. His credits include making “Memento” a smash hit, as well as (sadly) “The Passion of the Christ.”

What next for Apparition? And Pohlad has his “Fair Game” coming to Cannes not for Apparition but for Summit, the “Twilight” distributor. Stay tuned. The waves along the Croisette are going to be roiling…