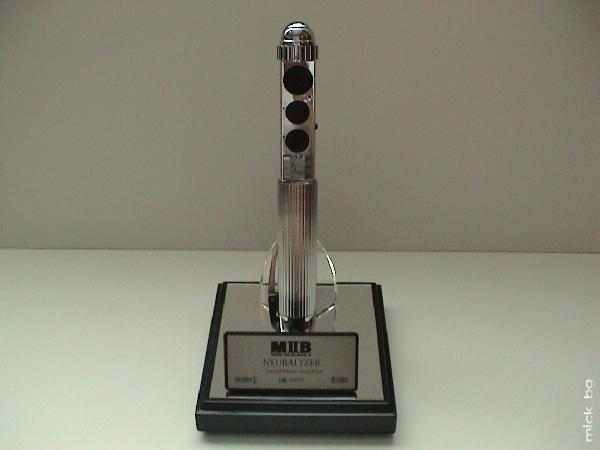 Barry Sonnenfeld‘s “Men in Black 3D”, with Will Smith and Tommy Lee Jones? I told you about this on April 21st, and the story was picked up everywhere.

Still, a blog decided to announce it today like it was their scoop. Boo hoo. Nikki Finke‘s penchant for repurposing old stories has finally infected her truly talented New York reporter, Mike Fleming. It makes me sad.

But that said, I did tell you about “Men in Black 3-D” some 17 days ago! I told you Will Smith would do it, and that “MIB” would replace “Spider Man 4,” which was scuttled a few months ago.

This isn’t the first time that Finke’s blog has found old material and presented it as new. I had this problem a few weeks ago when I reported first that Katherine Heigl had left her publicist to return to PMK. Finke ran the story as if she’d gotten the scoop a day later.

The really sad part of this is that when Mike Fleming got a bit of a scoop the other day on Sting coming to Broadway, I gave him credit when I advanced the story with more details. Fair is fair. Maybe Nikki uses the Neuralyzer gadget (pictured) from “MIB,” the one that makes you forget stuff. If so, she’s ODing on it.

Finke had a strong presence when she reported on the Writers Guild Strike last year. She developed some loyal readers from that time. But the strike is over, and it’s not so easy to get stories when you depend on one or two sources and never leave the house. Nikki, see you at the “MIB 3D” premiere–not!