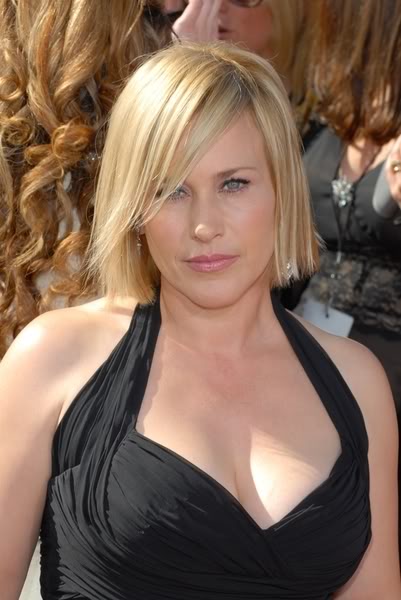 Emmy winning actress Patricia Arquette, star of CBS’s “Medium,” is one of many well known personalities who’ve come to Washington, DC this weekend for the White House Correspondents Dinner.  But unlike some, Arquette has a cause: Haiti.

She’s very involved in water filtration was waste management projects. She’s not working with either Paul Haggis or Sean Penn. Arquette is on the job with a separate group, and they’re about to test 500 “green” tents that were donated to homeless earthquake victims.

Arquette started the Give Love Foundation in March at www.givelove.org by donating $100,000 of her own. She told me at Friday night’s elegant cocktail party given jointly by Time and People magazines–at the St. Regis Hotel near the White House– that once she wrote the check for aid, she had to get involved personally.

“I had to be hands on,” she told me. Arquette will be returning to Haiti soon to see her donations implemented. “The first time, we didn’t have enough tents to go around, and I had to explain it to each family. It was terrible.” Arquette is concerned, as are many, that Haiti is prone to another earthquake soon.

But I was happy also to see Andrea Mitchell, Ann Compton, Savannah Guthrie, and some other Washington media. After all this is their Oscars, so to speak! My new favorite person: Obama advisor Valerie Jarrett. She’s a gem.

PS Gossip hounds: Arquette says she is still married to Thomas Jane, and it would seem like they’re happy. Just sayin’…