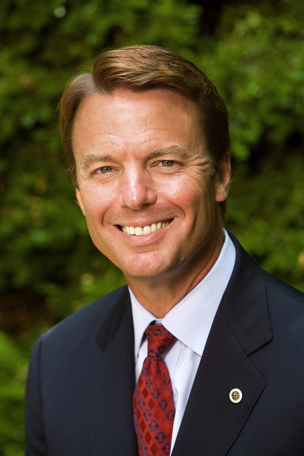 Tonight is the wrap party for the Fox series “24.”

Who won’t be there: Rielle Hunter, John Edwards’s mistress and babymama.

As I told you a couple of weeks ago, before she met Edwards, Hunter was very busy in Hollywood. She was a regular behind the scenes at “24,” where was incredibly close to one of the gang (not Kiefer). I’m told there were substantial benefits to this friendship.

My sources also say that Hunter certainly was also a close friend of actor Jeff Goldblum.

Oprah Winfrey didn’t ask Hunter about any of this yesterday on her show. She did sit in Hunter’s living room in a house paid for by John Edwards and look like she was smelling something very bad. It was classic Oprah. I thought she was going to spray the room with Oust.

Hunter expressed no remorse for breaking up a home with two children and a dying wife. She did seem to act like it was her blessed assignment to do so, and that collateral damage was to be expected.

This much I know: Elizabeth Edwards is tough, and she was no pushover when she was fighting to save her family. Hunter did not flinch at pushing back. Maybe this is because, as I wrote several times between 2008 and 2009, sources told me that John Edwards was constantly leading Hunter on. It was conveyed to me over and over that Edwards was telling Hunter just to hang in there. He told her his wife was micromanaging him, but eventually they’d get what they wanted.

Does John Edwards know that his career in politics is over? We’ll see. Rielle Hunter would not be in GQ or on Oprah without his assent. It’s almost like a plot line from “24.” Almost.t

Exclusive: See a Pic of NY Mayor Adams Nightclubbing at 1am Last Night, with Swagger