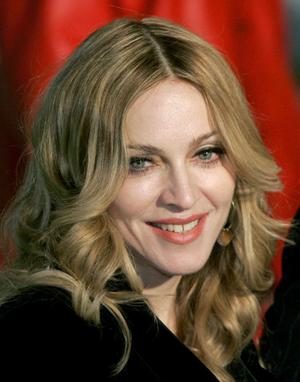 Madonna’s new spiritual leader may be a man named Muki.

According to sources, Israeli Moshe “Muki” Oppenheimer–who does not speak English– has left his home in Efrat, a settlement in the West Bank, to globe-trot with Kabbalah Center leader Karen Berg in glitzier places like New York, Los Angeles, and even Brazil.

Five years ago, the 67 year old Berg was described in a British newspaper profile as seeming “lonely.” http://tinyurl.com/3953n9c Her much older husband, Philip (they call him “the Rav”) had had a devastating stroke. Karen had taken the reins of the worldwide, money hungry “religion” that sells red strings for $26 and books for learning at $500. She was operating the business– with millions in real estate holdings– with her two sons, Michael and Yehuda. She was spending her time buying expensive jewelry and getting plastic surgery.

But now I’m told that Karen may be lonely no more. According to several people I’ve spoken to who are quite conversant in the ways of the Kabbalah Center, Karen has become incredibly close to the mysterious “Muki.” He has come to occupy a powerful new place in the Kabbalah world.

But Muki, an Israeli, is so under the radar it’s unclear if even the group’s celebs—like Madonna, Demi Moore, and Ashton Kutcher—know what’s going on. When I asked for him at the Los Angeles office, I was told he had no phone extension. In New York, the receptionist said she didn’t know who he was even though I’d been told he’d recently taught some kind of class there.

Oppenheimer, said to be in his late 40s, has gotten so powerful at Kabbalah that there are reports of him sitting in Rav Philip Berg’s chair during religious readings. This is considered blasphemy by Kabbalah insiders.

The word in Kabbalah is that Karen Berg travels with Oppenheimer (first class, ‘natch, as the Bergs may be worth north of $25 mil corporately) and that they are attached at the hip. Meanwhile, Philip Berg has basically been unseen since at least 2006 or earlier. “He’s kept in the basement,” says one former Kabbalah member facetiously. Oppenheimer, a source says, has a wife and “many children” back in Efrat.

Not much is known about Oppenheimer. According to a source who knew him in Israel, Muki was brought in to help run the centers in Israel, and then after meeting Karen Berg migrated to the United States. What is known is that he runs a motivational website called Ethika at www.ethika.co.il, which requires visitors to answer questions as they enter.

When they’re answered, Muki Oppenheimer writes back: Yes, I’d love to meet you, you’re good, but still drop me a line.

More to come shortly on Kabbalah, which apparently has developed an inner upper echelon society somewhat akin to Scientology’s Sea Org. People who are drafted into it are called “Hevre,” and they see themselves as elite and chosen. They are also duty bound to Kabbalah and unable to leave at will without threat of reprisal. “You give your life to the Center,” explained one former member unwilling to have her name published. “They control your life, and your money.”

Lisa Kessler, spokesperson for Kabbalah, did not return a call or email for comment.