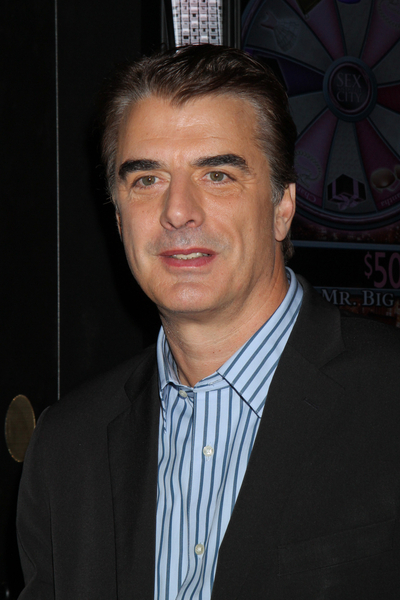 Chris Noth raised a lot of money last night for the Rainforest Action Network. He had some help, too, from Trudie Styler, who spoke on behalf of the Rainforest Foundation. RAN, as it’s known, celebrated its 25th anniversary at the old Village Gate, now known ridiculously as Le Poisson Rouge, on Bleecker St. (Bleecker St. is overrun now by huge ugly neon-lit banks. Where are all the clubs and cool shops? NYU has really done a job on the Village.)

Anyway, with Styler’s help, and Noth’s prodding, a few of the more well heeled banker types at the cocktail party ponied up. Four tickets to see Sting perform at the Met this July went for a total of $25,000. A weekend at the Plaza Athenee plus tickets to “Sex and the City 2” were bid at $36,000. It didn’t hurt that Noth promised a lot of tantric sex to the winners–a  little inside koke for Styler and Sting!

The evening’s surprise guest was Ecuadorian activist and lawyer Pablo Fajardo. He was the subject of Joe Berlinger‘s highly praised documentary, “Crude,” about Chevron‘s poisoning of that country’s water supply. This morning Berlinger has to answer a subpoena from Chevron to say why he shouldn’t produce outtakes from “Crude.” Chevron will do anything it can not to pay what a court has decreed and clean up Ecuador. It’s unbelievable…

…Meanwhile, over at 1Oak, legendary singer Carly Simon selected a first prize winner from the 10 finalists who made videos for her 1972 hit, “You’re So Vain.” The AKA Hotels sponsored the event for the Tribeca Film Festival. Jane Rosenthal and Craig Hatkoff dashed over from the Festival’s awards ceremony to help Carly announce the winner and watch her sing songs with her son, Ben, friends John Forte and David Saw, and even an oldie with sister Lucy, composer of “The Secret Garden” and the upcoming “Dr. Zhivago.”

Here’s the winning video at http://www.youtube.com/watch?v=OHWrudgCc3Q by Brett Bisogno. There are plenty of good ones, too. In fact over 150 were submitted!