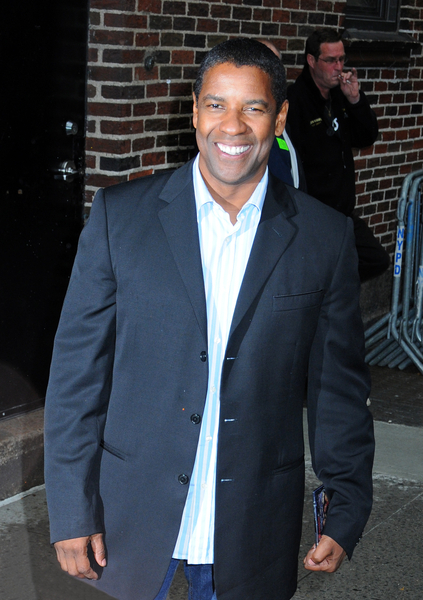 Denzel Washington has two Academy Awards. Come June, he’s going to be able to add a Tony Award as well to his collection of gold statues.

Last night at the Cort Theater, Denzel and Viola Davis opened in a revival of the late August Wilson‘s “Fences” –directed by Kenny Leon— to cheers and raves. Each of these actors deserves a Tony for their work, and my guess is they will get them. Very few this season (maybe Alfred Molina, Laura Linney, Jan Maxwell) came close to the work they’re doing at the Cort. They are just mesmerizing as a couple whose 18 year marriage is not what it seems.

And while Denzel’s Troy wants to put up fences to keep out trouble, it’s he who inevitably invites it in. It’s not Wilson’s most sophisticated metraphor, but almost three decades after it premiered with  James Earl Jones, Mary Alice, and Courtney B. Vance, the play resonates. The audience is just as vocally involved as they were when I saw it in 1987. (The play takes place from 1957 to 1965 in a city that could be Detroit or Pittsburgh.)

Washington steps into James Earl Jones‘s awesome shoes with authority. It’s funny that I remembered Jones as being older, but really he was just about the same age as Denzel is now–55, give or take. Jones had a little more physical heft, and that booming voice. But Denzel makes up for it by making Troy seem human and vulnerable. He also sheds a lot of the tics that come to inform any movie actor over time. “Fences” for Washington must feel like a house cleaning.

Viola Davis–what can I say? She’s sensational. Where Mary Alice was sweet and heartbroken, Davis is devastated and outraged. A quiet person in real life, she can project anger like no other current actor. The audience flocks to her side instantly when she’s attacked. After her short, powerful scene in “Doubt” led to an Oscar nomination, Davis can do anything. Her performance as Rose is unforgettable.

And listen: New York took this opening night seriously. No less than Mike Nichols, Joan Didion, Phylicia Rashad, Spike Lee, Natalie Cole, Branford Marsalis, Norah Ephron and Nick Pileggi, John Patrick Shanley, Lynn Whitfield, Tamara Tunie, Hill Harper, Denise Rich, Star Jones, and Courtney Vance himself were in the orchestra section. There was also a heavy contingent from the WME — William Morris Endeavor– including Ari Emanuel himself and Patrick Whitesell. And it was great to see the legendary manager/agent Johnnie Planco, on the mend after a brief illness.